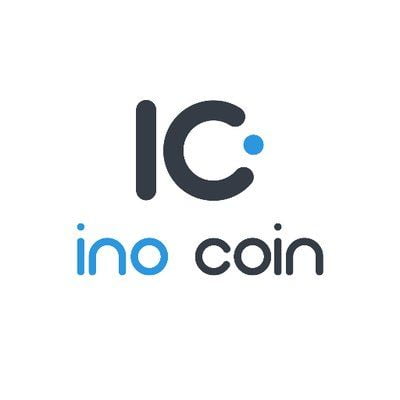 INO Coin (INO), the blockchain project developed in Malta which focus on a very interesting goal and market – Crowdfunding.

That’s right, this is a Ethereum-based Crowdfunding platform.

Their developers stated that this is not an ICO incubator, it will not develop or make crowdfunding for other Coins. It is focusing on being a Crowdfunding Platform just like Kickstarter or Indiegogo.

By going through their website, the user will find the Listed Ideas or Projects and will be able to “Like” them (upvote to give popularity) or “Boost” (fund) by donating money in INO, the ERC-20 Token of the InoCoin Ecosystem.

If you want to gain liquidity to start a project, Crowdfunding has made it to one of the most popular methods to do it,  over 30 Billion Dollars is raised globally by this projects.

Nowadays, we have a huge list of Crowdfunding platforms, some that focus on specific concepts or customers, as example GoFundME  is a platform with their focus on Families and Charities to create their own projects.

Not to forget, Crowdfunding is Risky, do have in mind that all projects that are listed will not be a final product in your hands.

Numbers show that more than 30% of the projects are not delivered on time and that there is a 10% failure rate of Kickstarter projects.

Although crypto ICOs have a 50% failure rate, and almost all of them are delivered late.

If we take a look at all the projects listed and being backed on INO.

We do find some of them being fundedright now, with only a small niche of them having interesting numbers of more than $5,000 USD funded to them already. InoPay is by far the most funded project with 10,001,000 INO Coins.

Although we have to realise that this platform lost a bit of steam, since their total listed projects is only around 20+.

Being Listed on Bilaxy and HotBit

If we take a look on the Volume each of the Exchanges is carrying is impressive.

So, we can definitely state that this in fact brought great attention to INO Coin. Not only the numbers prove it, but having a trustworthy exchange listing your Cryptocurrency gives it a much better image and trust.

It is a curious project since INO cannot be mined. It must be purchased on the platform itself or through any third-party seller or the exchanges.

INO, is the currency to fund the projects on the InoCoin platform, with its value being tracked in ETH, since it is an Ethereum Token.

Being a ERC-20 Token it can be stored in Wallets such as MyEtherWallet and Trust Wallet. And in Hardware wallet companies such as Ledger. Of course an Official INO Wallet can be created as well by registering for an account with Ino Coin (INO) Website.

By the end of the year I’m sure we will still have Ino Coin around with a even Higher Daily Trading Volume and Price on the market.

I am not sure the number of projects being funded and actually created via InoCoin platform will also grow, although I have to say I am very excited to see that happening since this would be absolutely impressive.