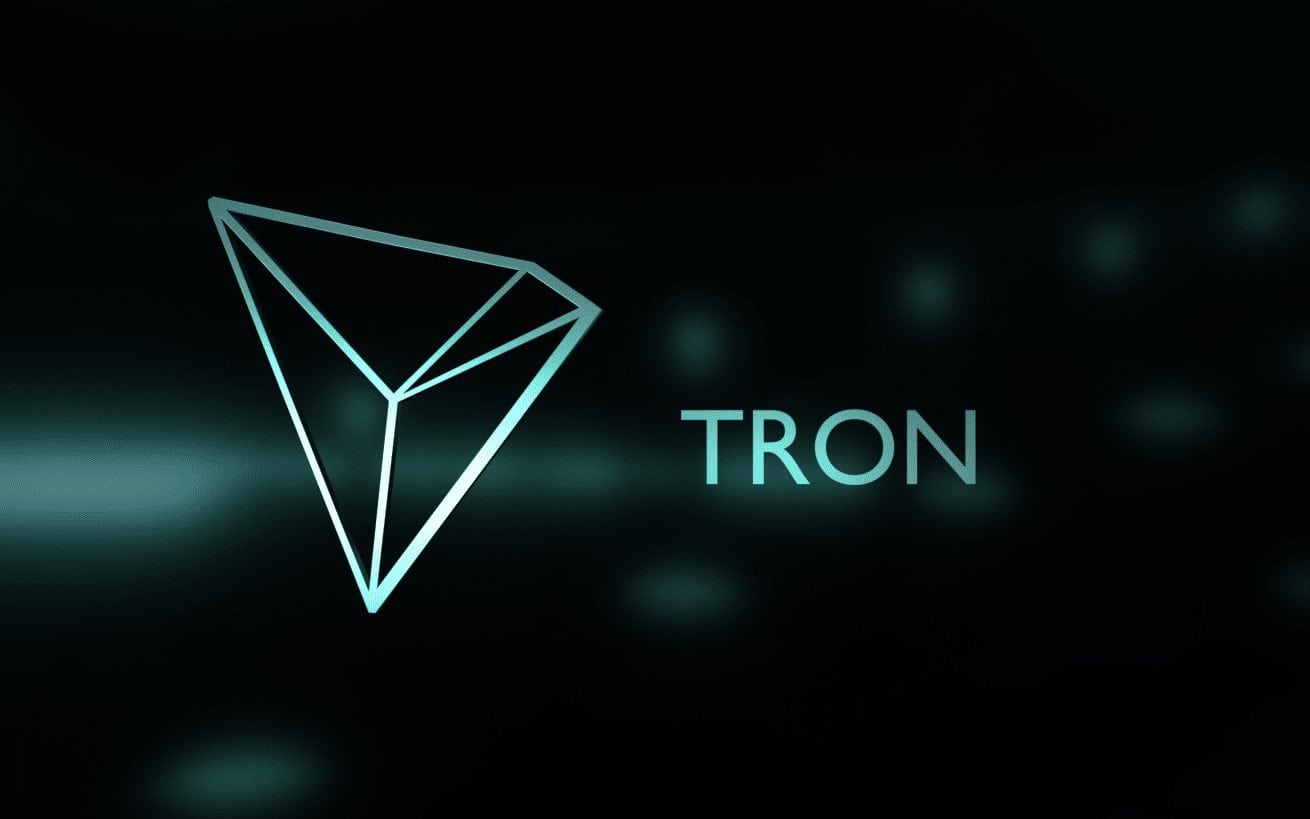 Tron found resistance at the area of interest or former support around 0.042 and this hinted at the fact that the selloff could be able to resume from there. More than that, a small pattern formed to confirm that a downtrend may be just around the corner.

The price broke below the neckline support to confirm that the selling pressure is eventually picking up, but the 100 SMA is still above the longer-term 200 SMA.

This indicates that the path of least resistance is to the upside. In other words, there’s a strong chance for the climb to take place.

The RSI is going lower, and it shows that bearish momentum is slowing down. All points to the fact that buyers might take over as soon as the oscillator moves up again.

No significant announcements ahead

Tron has a pretty rough week, and it was not able to sustain the rally. TRX completed the Main Net launch just recently, and it seems that investors are booking profits off the anticipation on the lack of significant future events. 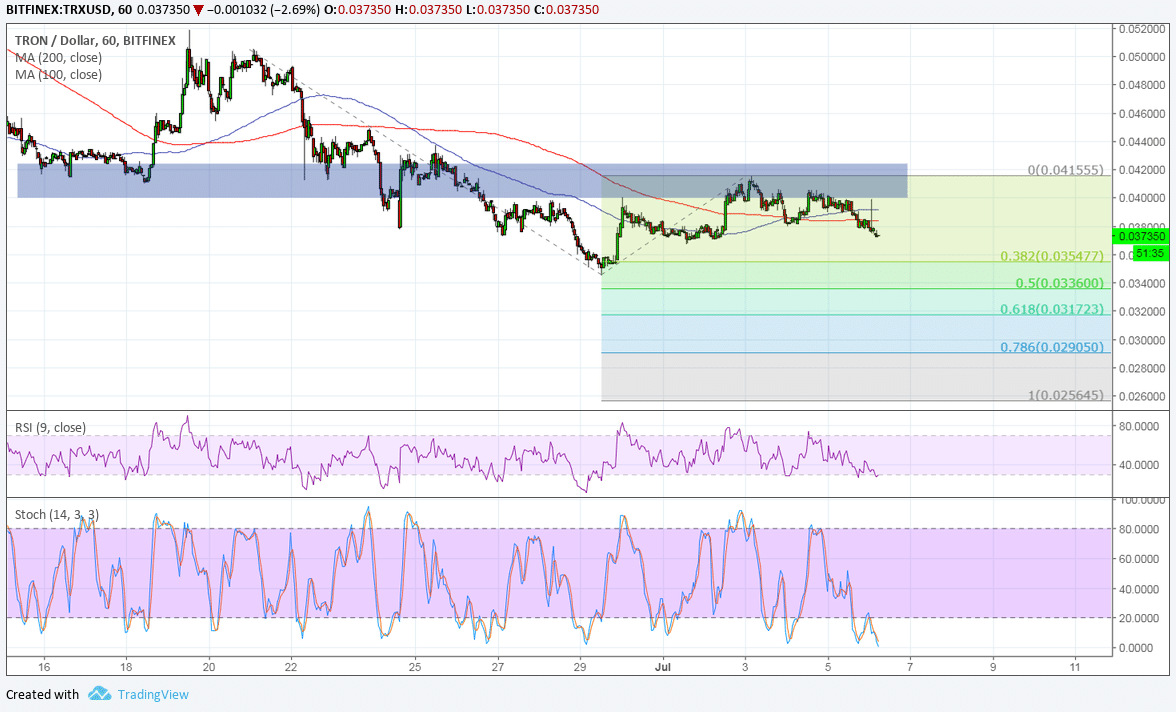 Meanwhile, the dollar is regaining footing on FOMC expectations, and even if trade tensions are still triggering uncertainty, it really seems that they are confident about growth and inflation outlook.

The upcoming NFP release could have a meaningful impact on the dollar action before this week ends as leading indicators have been hinting at a downside trend. 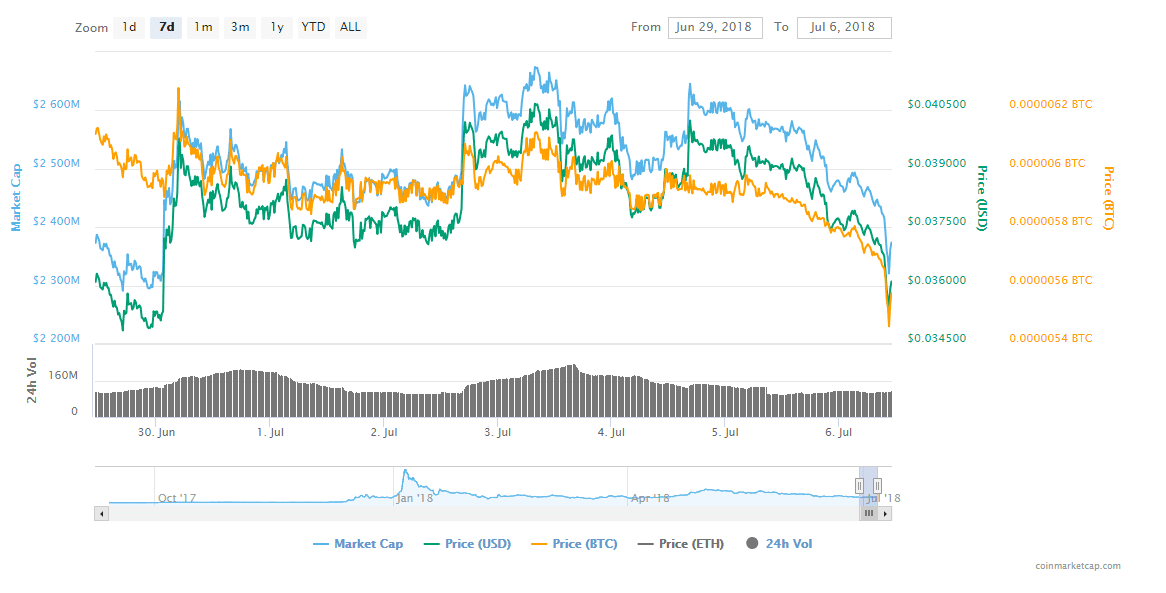 Most analysts are expecting small job gains for the past month, but there’s still room for some disappointment as things can change any minute in the crypto space.

There are no more significant updates coming on our way lately regarding Tron or any other altcoins, and this can only lead to a price action that would hinge on overall market sentiment and also dollar demand.