Why Do Hackers Mine Monero (XMR)? Making XMR More Botnet-Resistant 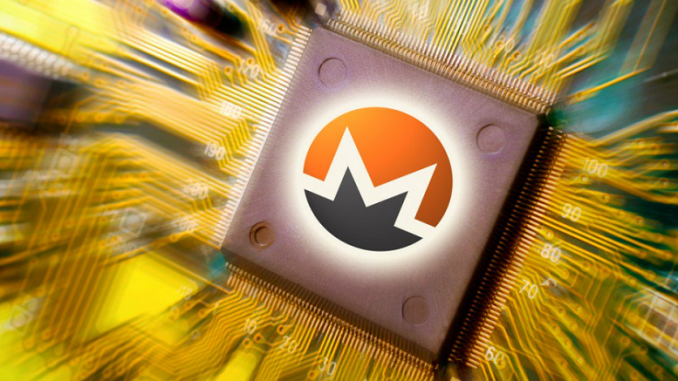 The most famous privacy-oriented coin, Monero (XMR)  is currently one of the top 8 coins by daily views on Wikipedia, says DataLight, a crypto data analytics platform.

It seems that during the timeframe of December 24, 2-018 and January 24m, 2019 Monero managed to be ranked as the sixth most viewed coin on Wikipedia.

During a recent episode of Monero Talk, host Douglas Tuman spoke with King’s College London Assistant Professor Guillermo Suarez-Tangil about a research paper that he had co-authored with the University Carlos III of Madrid’s Sergio Pastrana.

The research was about the degree to which malware is involved in the crypto asset mining ecosystem.

According to the paper, 4.32% of all XMR that’s currently in circulation has been mined via malware, notes CryptoDaily.

The discussion also involved the reasons for which Monero became hackers’ favorite crypto to mine.

The ASIC-resistance and privacy features were called attractive attributes for malware-based miners and Suarez-Tangil also added that a more recent policy around hardforking PoW algorithm used in Monero caused issues for those mining via botnets.

Mining Monero became the favorite thing for hackers because they have access to a large number of computers among others.

“Bitcoin, for example, was a theme several years ago, but . . . some of these big hackers started developing dedicated hardware to mine these things,” explained Suarez-Tangil.

“I guess if you control a huge botnet of like medium-sized PCs, you are not able to compete with people mining bitcoin in one of these farms or using GPUs or using more advanced hardware,” he continued.

He also mentioned that Monero became a widely-used form of money in the criminal world and this means that those mining XMR can use it to trade for other goods and services on the crypto market.

He concluded by saying that in the future it would be possible to implement ways of making XMR more botnet-resistant.