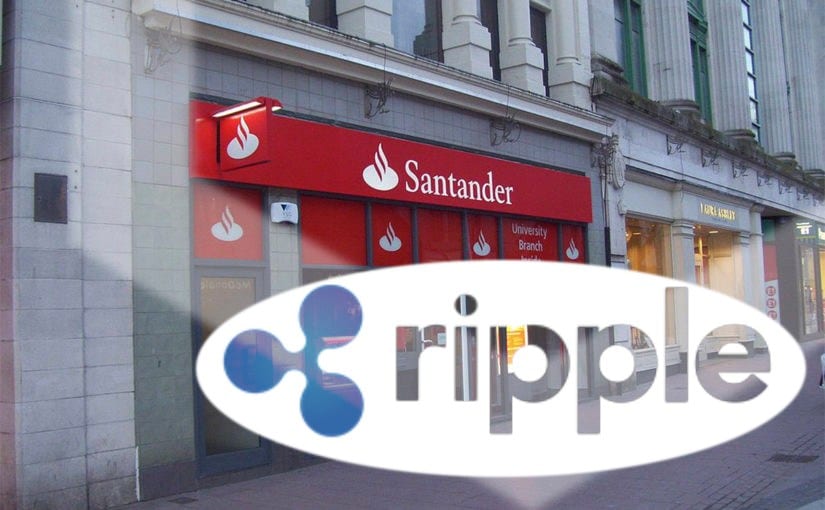 Banco Santander made the XRP army of fans happy and proud with their latest announcement on Twitter.

Banco Santander UK has just revealed that they are using Ripple’s digital asset, XRP for cross-border payments to 18 European countries and the US as well.

They announced this on Twitter in a response to a user who was asking how they’re doing these days and how things are going with Ripple’s XRP.

The bank has $80 billion turnover, and they said that payments with Ripple’s digital asset are possible via One Pay FX which has been launched back in 2018.

Hey Wes, we're doing great. We're using XRP for international payments to 18 EU countries and the USA. This is on our iPhone app called One Pay FX. ^TC

The XRP army of fans got all excited to find out that the bank uses XRP.

But after that, the bank came back to Twitter and corrected the error that they have made before.

Here’s what Santander just posted: “We are sorry, unfortunately, due to a misunderstanding we have given incorrect information. We do apologize for the confusion this has caused. One Pay FX uses xCurrent only.”

People in the comments section are really confused and don’t know what to believe anymore.

We are sorry, unfortunately due to a misunderstanding we have given incorrect information. We do apologise for the confusion this has caused. One Pay FX uses xCurrent only. You can find out more here: https://t.co/EGWMMqZhkA.

For instance, someone said, “I hope this retraction is correct because if you are using XRP and then denying it could be construed as manipulation of news.”

Another commenter wrote “Surely @santanderukhelp would save more money if you used XRP? Especially if there are payments in 18 different countries.”

In other news, Wietse Wind has recently launched another initiative to bring XRP closer to mass adoption after the integration of the digital asset into WooCommerce which powers 3.3 million websites.