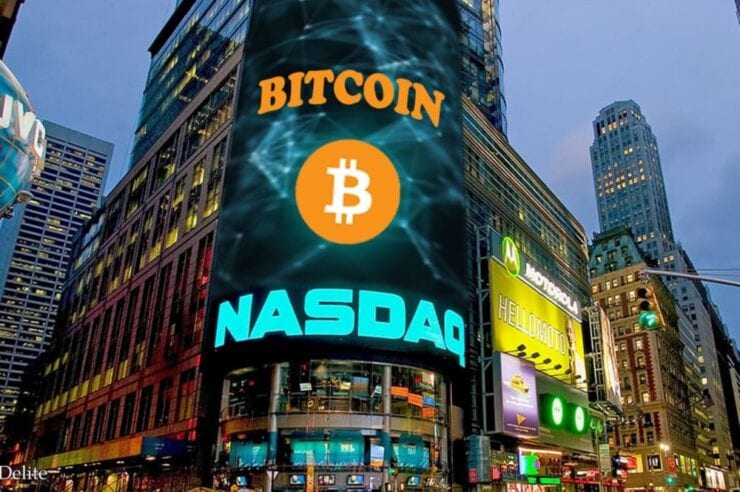 Bitcoin’s race that started this April is triggering a lot of hype in the crypto market. Stronger bulls compared to the ones in 2017 are expected.

Bitcoin (BTC) may see another boost in the promising market.

ZyCrypto reports that there’s a recent report which is showing that the asset may be trading on NASDAQ sooner rather than later.

The online publication notes that a quantitative analyst at Strongmarket.com, known on Twitter as Cryptopolis stated that he had purchased one BTC on the platform.

It’s also important to mention that this was later revealed to be a “paper trade” testing currently in the works and not exactly a real trade.

But if this does eventually happen, it will be a massive contribution to BTC’s recovery which has already boosted past $5,600.

More than that, BTC will definitely come one huge step closer towards the mass adoption.

UPDATE: According to TDAmeritrade support – it's not a real trade in my account – it appears they are testing only using their Paper Trading platform. Support said "I'm not able to speak on it" -They did not know what CXERX is. Strange… But something is going on for sure! pic.twitter.com/gUxtHX0TNg

2019, the years of crypto bulls and mass adoption

2019 is expected to be a year during which we’ll witness crypto mainstream adoption, and a lot of achievements have been leading the crypto on the right path so far.

NASDAQ has been supporting the promotion of Bitcoin, to be more precise, it helped promote access to BTC.

You may recall that this year, the exchange has started to offer Bitcoin indices together with Ethereum. They have also listed the asset for trading as well.

Bitcoin getting listed on such huge traditional exchanges such as NASDAQ is one step further.

Not too long ago, Changpeng Zhao said that all that’s missing in the crypto space is a massive wave of institutional investors and considering that the FOMO mode has been active, we’ll witness it soon.

BTC is pushing towards $6,000, and things seem really bright at this point for both the price of cryptos and mass adoption.