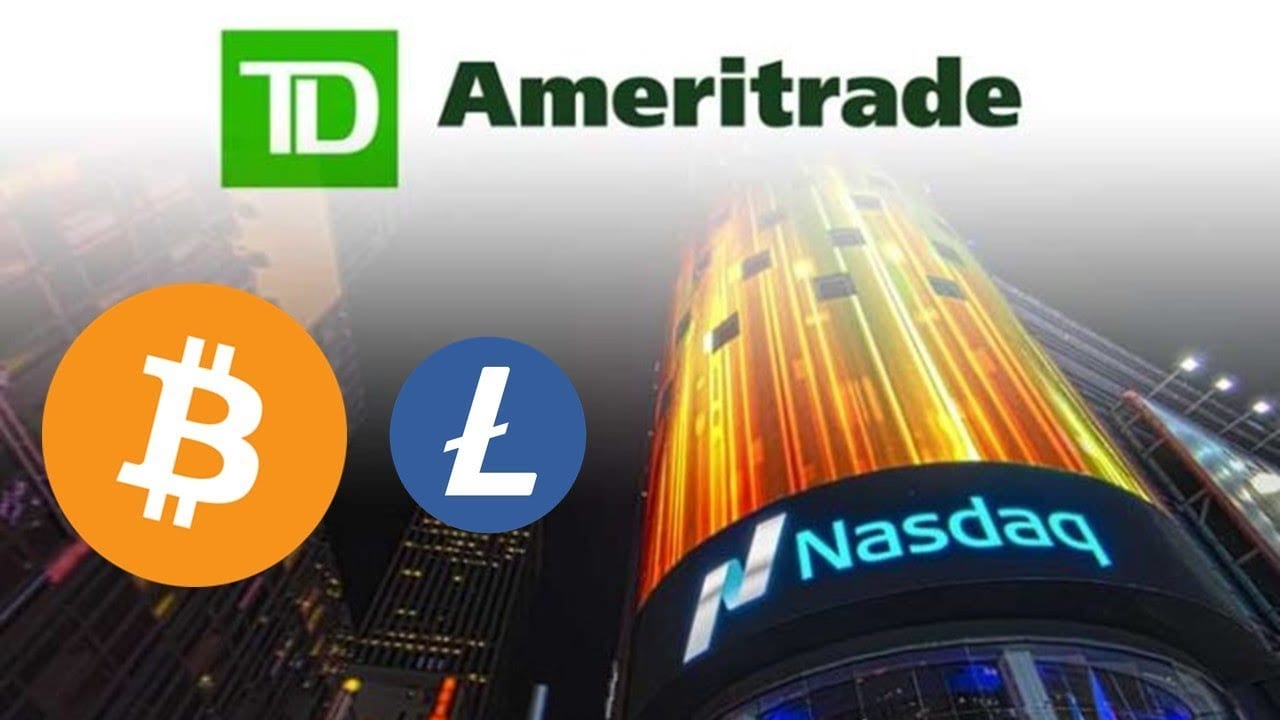 TD Ameritrade is a $1.2 trillion brokerage giant, and it seems that it’s testing the crypto waters these days.

TD Ameritrade may be testing BTC and LTC products

They are reportedly testing Bitcoin (BTC) and Litecoin (LTC) products.

Litecoin creator Charlie Lee said that the US brokerage is testing LTC/USD and BTC/USD trading via “an unknown symbol CXERX” as The Daily Hodl reports.

Lee said that this is not a joke as he posted the announcement on Twitter.

“It’s only available for paper trading on ThinkOrSwim right now. Search for CXERX to find both BTC and LTC. It’s through my own TD Ameritrade ThinkOrSwim account. It’s paper trading, so they are just testing right now, but it’s there for sure,” he said.

Cryptopolis quantitative analyst at StrongMartket spotted the product before Lee, and he said that this testing process might have begun on April 10. His supposition is based on the trading chart.

BTC and LTC to reach the mainstream?

If these new crypto pairs will indeed be implemented, TD Ameritrade could be introducing the very first leading assets in the world to a huge mainstream audience.

UPDATE: According to TDAmeritrade support – it's not a real trade in my account – it appears they are testing only using their Paper Trading platform. Support said "I'm not able to speak on it" -They did not know what CXERX is. Strange… But something is going on for sure! pic.twitter.com/gUxtHX0TNg

This is because the giant has 11 million client account which totals $1.2 trillion in assets.

The firm also offers custodial services to more than 6,000 registered investment advisors, according to the online publication mentioned above.

They note that together with Fidelity Investments, Nasdaq Ventures, Bitmain, ConsenSys, Digital Currency Group, and Pantera, TD Ameritrade is an investor in Chicago-based crypto exchange ErisX.

This is expected to launch later this year, and its target is institutional investors. ErisX will support trading for Bitcoin, Ethereum, Litecoin and Bitcoin Cash.

Just saw that TD Ameritrade is testing both BTC and LTC trading on its brokerage platform. 😲 🚀 pic.twitter.com/TVo39oECeH

The missing element for mass adoption of crypto

A few days ago, we reported that Charlie Lee addressed the missing element for crypto mainstream adoption.

During a brand new interview with the Wharton School of the University of Pennsylvania, Lee said that practical utility would be the factor that delivers digital currencies to the masses.