Bitcoin (BTC)’s Price Could Fall Lower, Analysts Say – Are The Bears Waking Up? 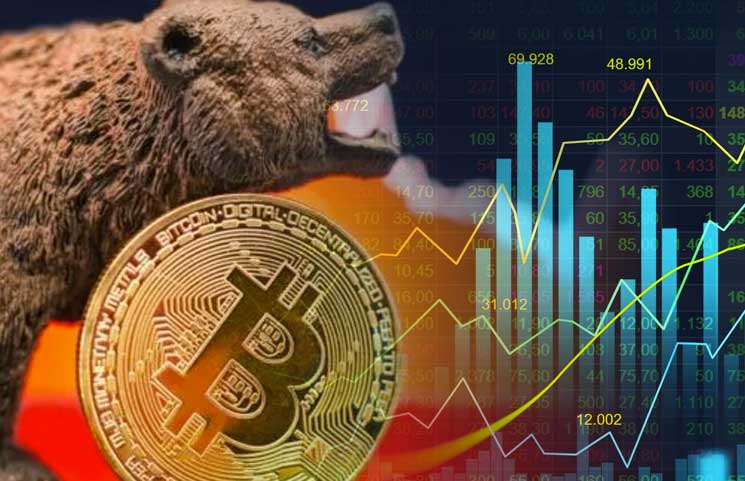 The coin is trading in the red at the moment of writing this article, and so are the other digital assets in the crypto space.

More experts are predicting that the price of BTC will continue its downward trend during the next days.

Analyst Josh Rager is mentioned by the Daily Hodl telling his Twitter followers that BTC needed to close above $10,577 in order to prevent a further drop to around $9,500.

But, as you can see from BTC’s current price, the coin was not able to do this.

Really need to see it close above $10,577 level or my next target will be in the low to mid $9ks at a weekly support level

Bulls have until 11:59PM UTC for daily/weekly close pic.twitter.com/kPON0FsgFW

The online publication mentioned above also brings up DonAlt who says that a fractal analysis which is usually used to identify recurring price patterns is showing that BTC’s price action is pretty similar to the peak of the last BTC bull run.

He said: “Let me start this off by saying that I don’t really trade fractals, I just observe them, mostly for fun. Just noting the fact that current price action looks pretty similar to the last top. Would be ironic if the ’19 top played out the exact same way ’17 did.”

Nicholas Merten (aka DataDash) says he also believes BTC will continue to move lower in the next day or two but doesn’t agree with analysts calling for a short-term drop to as low as $7,000.

“I do believe we’re going to have another day or two of correction. Breaching this support level [at $10,800] is pretty significant. I think we could easily come down to test previous support [at $9,700], not to mention $9,000 would be a good target because it was acting as resistance in May…” he said.

Bitcoin-related predictions continue and most experts say that if BTC keeps dropping in price, it might be time to buy the coin.