7 Simple Ways to Earn Bitcoin That Actually Work in 2017 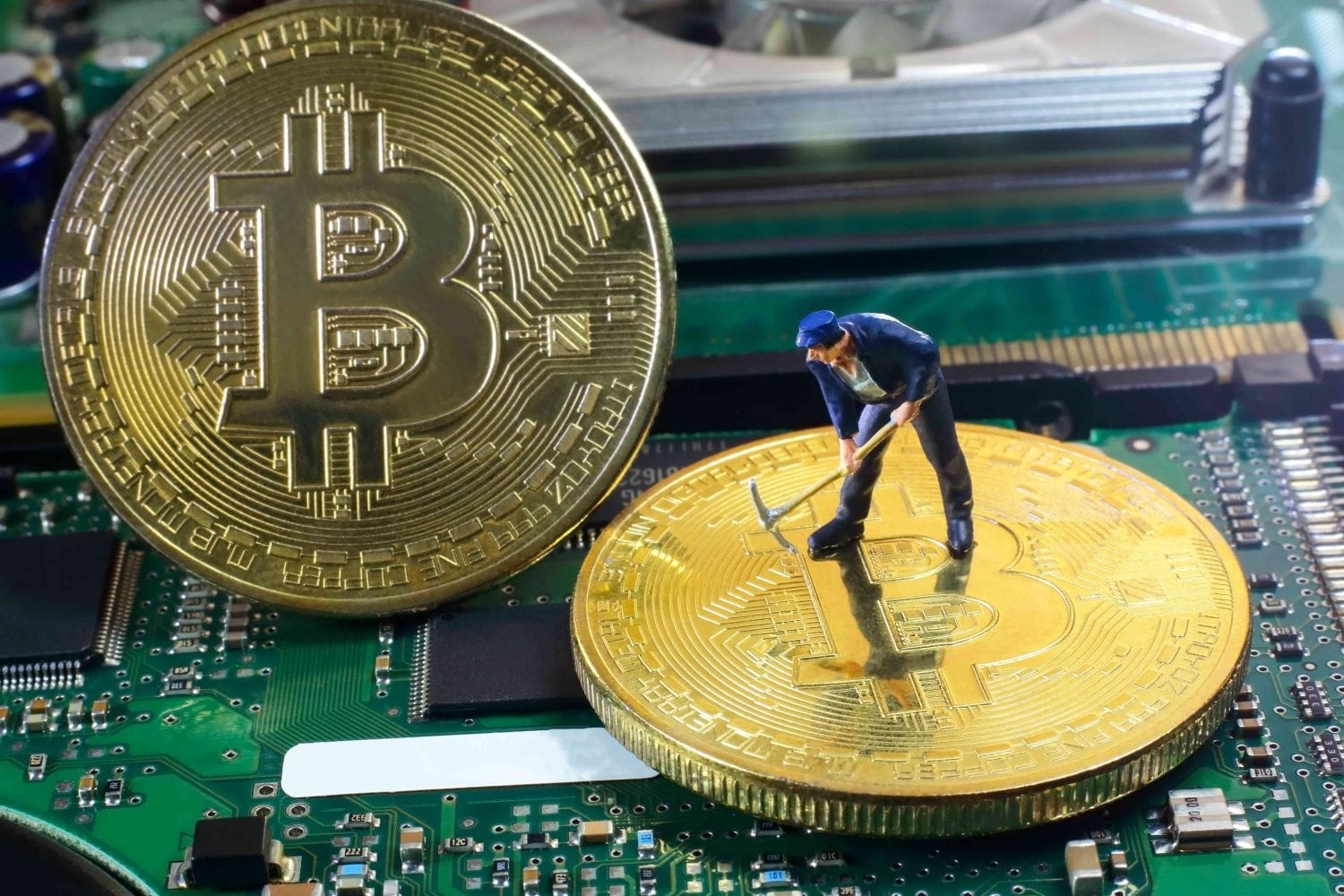 Earning a small amount of Bitcoin is very easy.

Back in the days when Bitcoin’s value was considerably less than it is today, you could’ve multiplied your stash by exchanging a few dollars for Bitcoin. Other more creative enthusiasts used Bitcoin mining as a way to earn more of the digital currency for free.

Tides have now changed, and you’re doomed if you’re still considering using any of those two methods to earn Bitcoin. For one, the dollar value of Bitcoin today is roughly $8240, making it very difficult to buy a single coin. Secondly, mining isn’t what it used to be. We’ll talk more about mining later in the article.

All hope is not lost, however. Here are seven creative strategies you can use to earn Bitcoin in 2017.

1. Work and get paid in Bitcoin

We are all used to providing (or paying for) services online and transacting through electronic money transfer platforms such as PayPal or Skrill. But have you ever tried Bitcoin?

Whether you’re a graphic designer, writer, translator, editor, web-developer or programmer, there is a lot of money to be made as a freelancer. How do I know this? I’m a freelance writer.

You’re probably wondering why a client would pay through Bitcoin instead of dollars via PayPal. There are many reasons to do so. Let me give you an example.

Early last year, I started working with some clients from Pakistan. As you may already know, it is legally impossible to open a PayPal account in Pakistan. Most of the clients paid through Skrill or job platforms such as Upwork.

And then there was this one client who was fed up with the high transaction fees he had to pay on job platforms. So when he raised the issue, I quickly suggested Bitcoin. I quickly explained how it works, helped him open a Bitcoin wallet and later that evening, I had my money.

Since then, I’ve worked with multiple international clients and received my payments through my Bitcoin wallet. And I’m not the only one; many freelancers are now willing to accept Bitcoin payments in addition to traditional payment means.

You could too. There are very many freelance job opportunities out there, and a shortage of skilled people to fill them. If are not already doing it, find out what you’re good at, create some portfolio, and begin your job search for any remote positions that you can fill.

You can then get paid in Bitcoin. And after receiving your Bitcoin, you can multiply your stash even further using any of the highly profitable methods discussed below.

If you already have some Bitcoin in your wallet, why not multiply it further instead of just letting it gather dust in your wallet without making you any profits.

Bitcoin lending is a lot like normal loaning. You loan someone some Bitcoin, and they pay you after a specified amount of time with a little interest on top.

Lending to complete strangers on the internet is very risky, so I suggest you start off by lending to people you already know at first and gauge whether it gives you the results you’re looking for. Afterwards, you can open a free account on a reputable Bitcoin lending website and expand your venture.

The amount of profit you make largely depends on the amount of Bitcoin you’re willing to lend. For example, Coincheck, a leading Bitcoin lending platform, allows lenders to earn a maximum profit of 5%. That means that for every coin you lend, you make a profit of 0.05 BTC. Given today’s Bitcoin value of $8240, you just made an extra $412. It’s not much, but considering that you’ve not worked for the money, it’s definitely worth it.

Despite the inviting rewards, there is still some risk that some borrowers won’t pay back the loan. Different platforms handle these cases differently. For instance, when a borrower has refused to pay after a few months, some platforms reveal the identity of the borrower to you, and you can choose to follow up yourself or take legal action against the borrower.

Read the terms of each lending platform very carefully before choosing one. It’s also important to note that after each repaid loan, borrowers receive a rating or review. Judge each loan applicant based on their rating, and only lend Bitcoin to borrowers with a clean record, and avoid newbie borrowers.

Bitcoin trading has the potential to give you the highest ROI compared to other methods of earning Bitcoin.

Bitcoin trading is very similar to Forex. It’s very easy too; but requires a higher level of knowledge, spot-on pattern analysis and prediction skills, and a high level of patience.

Bitcoin traders rely heavily on the volatility of Bitcoin prices to make profits. To understand how trading makes money, take a close look at these values. On 1st June, the dollar value for Bitcoin was roughly $2344, 1st November, it was $5383, and today (20th November) the price is $8240.

Of course, the exchange values would have been a couple of dollars less than these Bitcoin prices, but based on these numbers, it’s pretty safe to say that Bitcoin trading is the most profitable way of earning Bitcoin.

With binary options, you make a bet on whether the dollar value of Bitcoin will rise or fall after a specific amount of time. If your predictions are correct, your bet is multiplied based on the numbers given when making your bet; if you’re wrong, everything is lost.

This method is definitely riskier than the former, but it can be an excellent way to make quick profits with very little work.

For you to make profits with Bitcoin binary options, you need to open an account in a legitimate and reputable broker’s website and invest some time learning the fundamentals of binary trading and Bitcoin’s volatile prices.

Bitcoin faucets are a form of reward system where you’re given a micro-task, and you get rewarded in satoshis. 100 million satoshis make a Bitcoin.

I call them micro-tasks because they’re very different from the gigs you get paid by a client to complete. Micro-tasks are simple tasks that take a few minutes at most to finish. Most faucets ask you to complete captchas, finish surveys, play simple web games or answer some questions correctly.

The micro-gigs require little effort to finish; I mean, how difficult can completing a captcha be? However, the tasks have very low payment rates, so you have to finish hundreds of them to earn a considerable fraction of a Bitcoin.

This is the method with the lowest barrier to entry and with the least resources needed to start earning. However, you have to work very many months before you can earn your first Bitcoin.

6. Gamble and multiply your Bitcoin

Gambling is a very straightforward concept.

Back in the days, most gambling and betting platforms only accepted mainstream currencies such as dollars. However, the popularity of Bitcoin has forced many gambling websites to start accepting Bitcoin transactions while some very adventurous platforms only transact in Bitcoin (and other cryptocurrencies.)

Gambling using Bitcoin is the same as traditional betting. Most gambling platforms offer casino games, sports betting, spread betting, lotteries and more. However, there are some perks that attract punters to Bitcoin. They include;

Just like faucets, gambling has a very low barrier to entry, but that doesn’t mean that it doesn’t have its risks. For one, the legality of gambling depends on your age and location, and two, if you’re not careful, you will likely lose your investment instead of making profits.

You cannot talk about earning Bitcoin without someone mentioning mining. So, here is the truth about mining.

A few years ago, you could make lots of money mining Bitcoin using just your home computer and a good internet connection. However, huge mining farms now dominate Bitcoin mining. These mining farms have thousands (possibly millions) of dollars to invest in state of the art mining equipment.

Unless you’re willing to invest thousands of dollars into buying specialized ASICs (Application Specific Integrated Circuits,) you don’t stand a chance to earn any substantial amount of Bitcoin. To get an idea of what I mean here is some simple math to ponder.

The Antminer S9 modern mining rig costs around $3800 on Amazon. Based on some calculations I made using multiple online Bitcoin mining calculators, you’ll earn less than $7 per day (minus electricity costs.) And given today’s Bitcoin price of $8240, when mining every day, you need more than three years to make your first Bitcoin. When we factor in the high electricity costs incurred, you may lose hope somewhere along the way, or lose your rig to damages/malfunctions before you’ve made your first Bitcoin.

Put simply; mining isn’t the way to go for most people. Even online mining pools will earn you considerably less per day than the solo-mining example I’ve used. I suggest using any of the other six methods discussed above. They’ll be worth your effort.

Where do I start?

If you’ve researched this before, then you know that there are other alternative ways to earn Bitcoin.

However, these are the only methods I’ve tried out or read personal stories of real people that earned a substantial amount of Bitcoin without using too much time and effort.

As you’ve seen, these methods aren’t equal. They come with different levels of risks, require different types of investments and also differ in profitability. However, knowing about these methods won’t help you much if you’re not willing to invest the time and effort needed to start earning.

If you’re really serious about multiplying your Bitcoin, review these seven methods, and chose a few of them that suit your goals, the resources you’re willing to invest and your current level of knowledge.

After you’ve settled on one or more of these methods, put in the effort needed and you could start earning Bitcoin today.