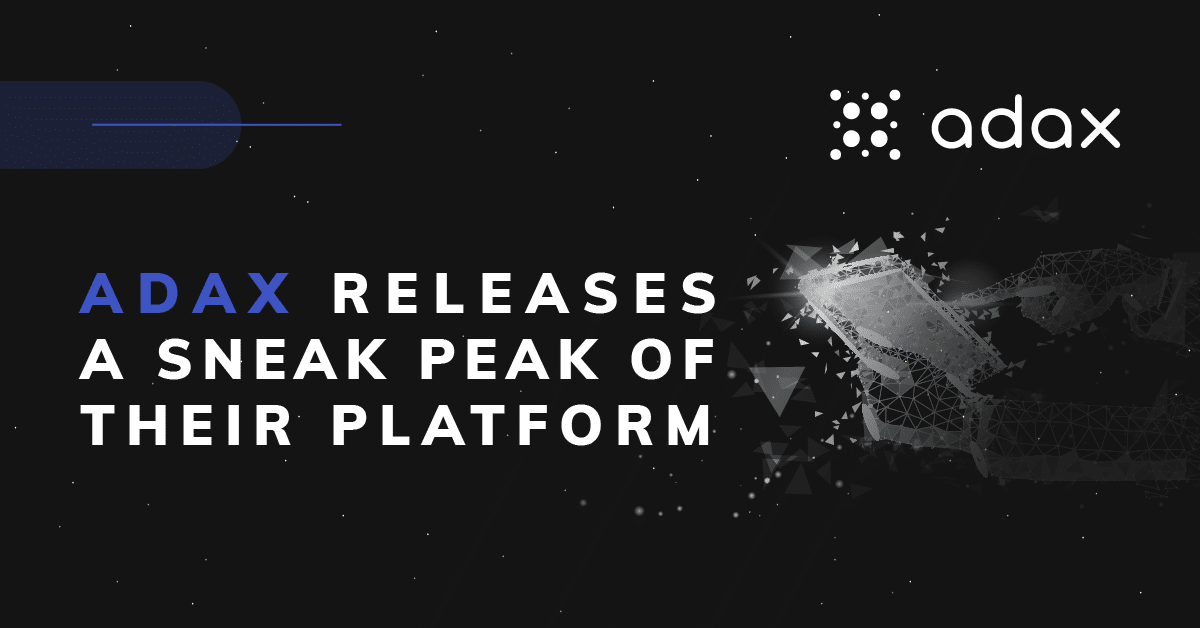 In the history of every successful startup, there comes a ‘defining’ moment – a moment when the vision of its founders clashes with the impossible and, against all odds, triumphs by becoming a reality. ADAX, a decentralized exchange (DEX) within the Cardano ecosystem, has just experienced that moment.

We are thrilled to demonstrate that, as promised, ADAX’s trustless protocol will enable censorship-resistant token swaps within the Cardano ecosystem, make full use of ‘social sentiment’-based trading tools, and ensure ample asset liquidity through unique liquidity pools. For the last three months, our team of seasoned developers and finance professionals have been working tirelessly to hit this milestone. We are now proud to say that we are on the right track.

Welcome to the DeFi world powered by frictionless transactions on ADAX.

Our UX team have spent countless hours making sure that ADAX DEX is built according to the industry’s best practices and that the user experience is both intuitive and frictionless. Take a look at the new UI designed for your convenience at ADAX.pro.

ADAX DEX protocol is streamlined to be lean and mean. ADAX users are empowered to execute smart contract-based trades instantly and only at a fraction of the cost of the Ethereum network. ADAX also has no order book – all intermediaries and cumbersome procedures have been stripped out of the equation, giving users untrammelled freedom to trade without ever giving up control of their assets.

Thanks to our exclusive partnership with Stockgeist.AI, a market sentiment monitoring platform, ADAX’s traders will be empowered to re-calibrate their investments based on early signs of changing ‘social sentiment’. By utilizing the data scraped from social media sites like Twitter, Facebook, Reddit and Discord, ADAX’s traders will know exactly which tokens are getting hot and which are cooling down, thus stretching their lead over the competitors even further.

Most liquidity pools in existence rely on dynamically changing ratios, with impermanent loss rampant in low-volume assets, often undermining the very risk/reward-based rationale of early liquidity providers. ADAX liquidity pools are different and do not suffer from that all-too-common problem that saps the market liquidity services of our competitors.

To inch closer to the goal of becoming the UniSwap of Cardano, ADAX is in the process of ensuring widespread wallet integration. Will offer full support of Yoroi, GeroWallet and CardsWallet, we have many more API-based integrations planned for the immediate future. 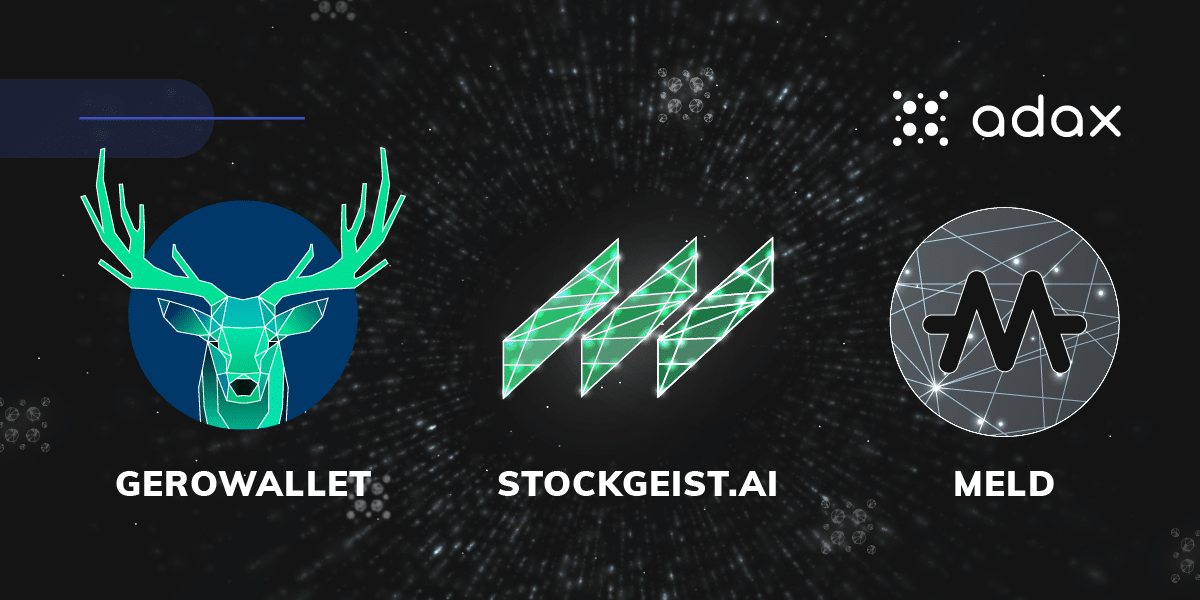 Throughout our journey to ensure the prosperity of all stakeholders within the Cardano ecosystem, we have received more support than we could have ever predicted. We’ve had an oversubscribed private sale and a tremendously successful IEO on ExMarkets. We’ve also cultivated partnerships with projects like Charli3 and BlackDragon and welcomed the backing of some of the most important crypto stakeholders, including Roger Ver, the so-called ‘Bitcoin Jesus’, and Mate Tokey, a co-founder of Bitcoin.com.

Most recently, our list of valued relationships has expanded to include GeroWallet, a multi-functional Cardano Wallet, and MELD, a leading non-custodial banking protocol. The latter will be using our platform as the designated DEX for their token and providing the Polygon bridge to further increase the cross-chain spread that ADAX is aiming for.

In short, we are both extremely excited and humbled by the amount of support we have received. We hope that by delivering on our promises, we can begin to give back to the enthusiastic Cardano community, which continues to support us throughout our quest to become the most powerful trading venue within the Cardano ecosystem.

To find out more about how ADAX is changing the world of DeFi on Cardano, visit the website at https://adax.pro/