Ark (ARK) is very persistent in achieving SmartBridge adoption on the rest of the market. The concept of being able to connect to Ark’s blockchain through the addition of a simple snippet of code makes every project connectable amongst them. Recent surge in price may be a glimpse for what is coming in 2018.

Ark (ARK) intends to bring the market together and empower it as a whole through the conncept of an Ecosystem. A lot of expectation has been raised throughout 2017 but besides the gains in value not a lot of releases were made, but they promise something big.

Imagine that you would like to add a smart contract in Ethereum’s network. With Ark (ARK) one could send a message through the Smart Bridge on the mainchain and try to connect with one of these Encoded Listeners shown below: 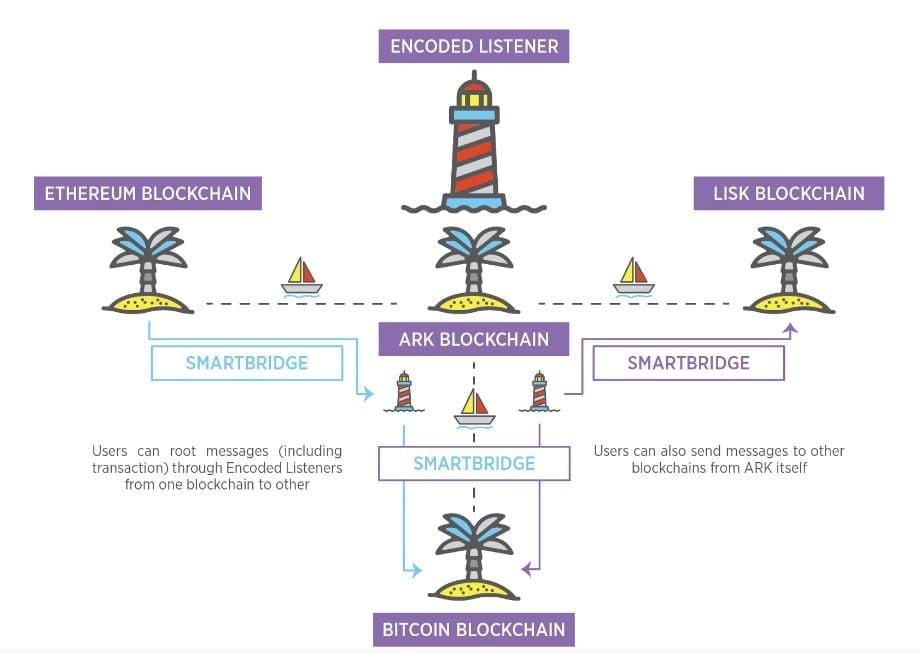 Now its more clear what they’re trying to do, the concept of side chains is different from the usual. Ark (ARK) does not only intend to create their own Blockchains with the push of a button they also intend to connect with any other blockchain.

By taking comission on the transfer, the Encoded Listeners will be freely assembled by entities that want to take part on Ark’s Ecosystem. If, for example Coinbase, or Bitfinex not only wanted to trade ARK but also they wanted to profit from validating the network, they could then invest on an Encoded Listener.

By developing this project with the concept of a DPoS (Delegated Proof-of-Stake) this comes even handier for the user.

What does delegation mean in a decentralized network? Ark’s Ecosystem has the ability of letting the user decide which validators they want for having the best performance.

Imagine that like in any other exchange out there the website is clearly jammed with traffic even start backlogging your transfers for to many requests. You can’t punish your service supplier in any way, they have the control.

Implenting Ark (ARK) lets users vote for the preferred Encoded Listeners which means bad performers will be punished through unvoting. This brings a lot of balance to the scale and it also promotes a stable network. This is the concept of delegation through blockchain and that’s why Ark (ARK) has huge potential. They have not released anything important yet but the progress is being posted regularly on their subreddit.

The current stats are:

Ark’s Virtual Machine will be able to deploy smart contracts similar to Ethereum. Sidechains will make Blockchains common by 2020, the concept of interconnectivity amongst blockchains brings us a very user friendly environment for us to create our own.

Ark’s push button blockchains will make this possibility more likely, of course adoption is a major factor for Ark (ARK) every other crypto project out there as well. A lot of them show potential but Ark does too.

Ark (ARK) had a great year being valued at $0.05 USD in April, and 2018 has even more expectations. Currently sitting at $4.50 USD this translates in an impressive 10 000% in gains this year, those are crazy numbers but still it sits at #34 in coinmarketcap.com. 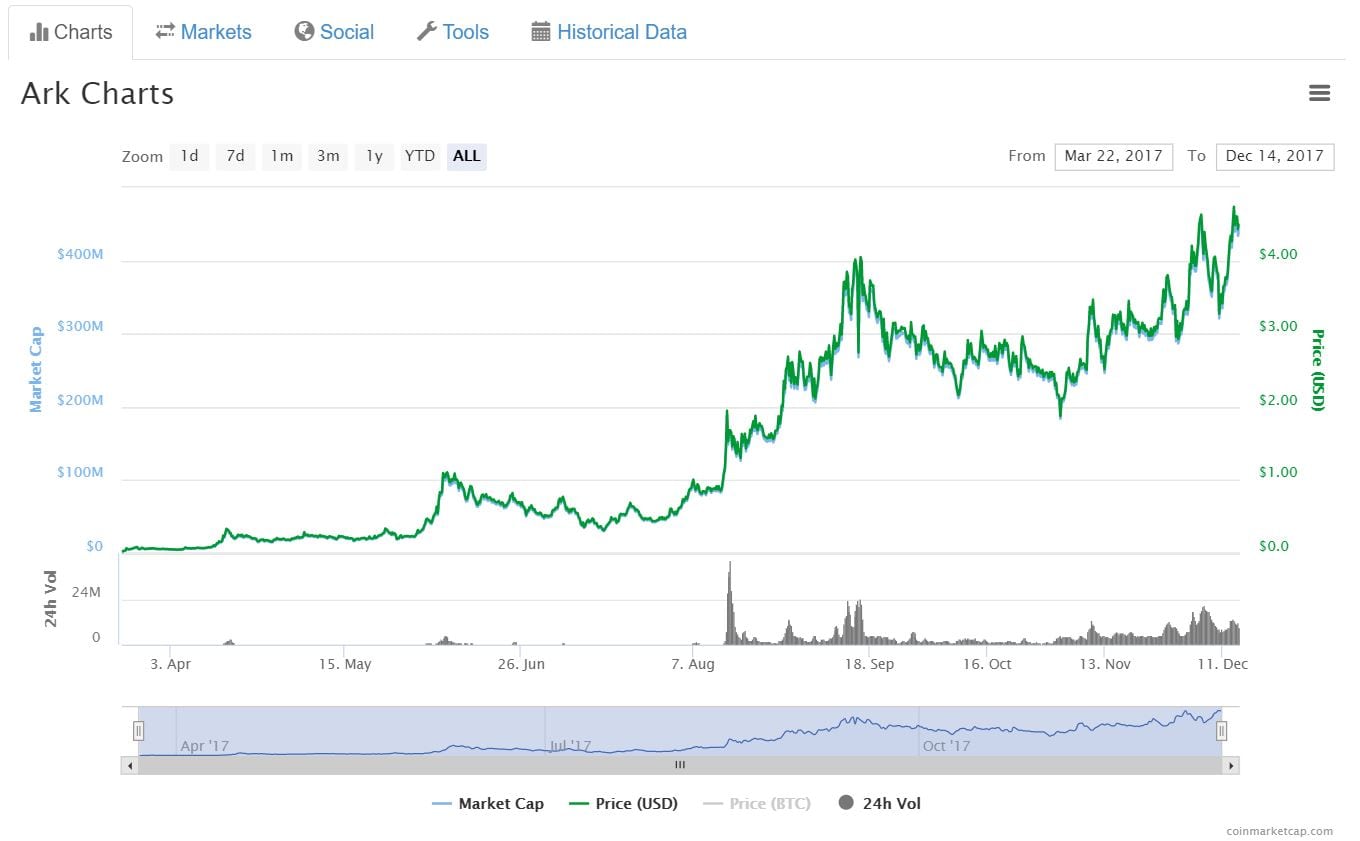 Everyone is eager for the triilion-dollar milestone that we all believe is going to happen. If this Ecosystem actually shows great results at the beggining of this year we could easily say that Ark (ARK) will climb the charts in market cap and be possibly a top 20 coin. As they envision a friendly environment for other cryptos by 2020 we could see it have a much stronger presence maybe even at the top 10.

The community is expecting a big 2018, and Ark’s fan base is almost “religious” to this technology thinking it could be the next big thing. The $100 USD milestone would not be surprising this year but it might surprise how soon, March would be my personal guess.