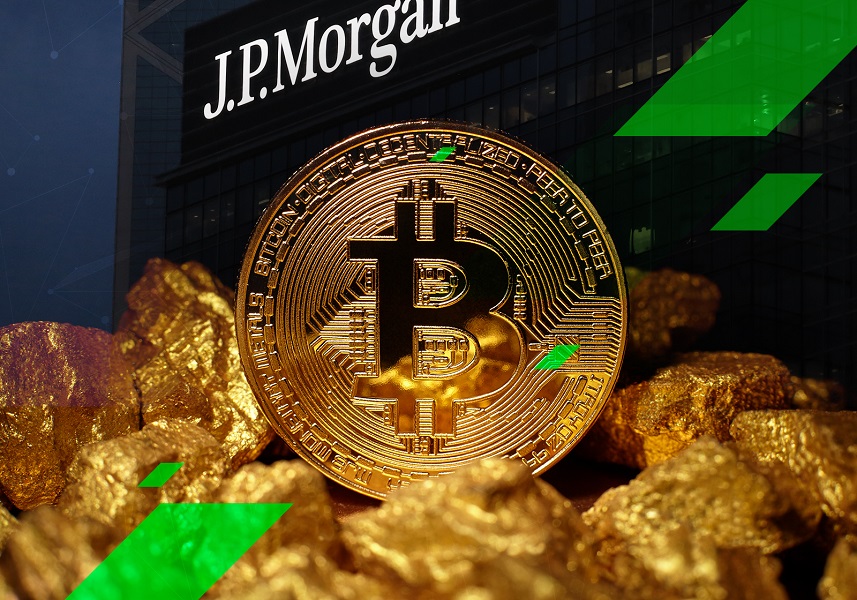 Big players are starting to support Bitcoin and the adoption of digital assets. Elon Musk’s Tesla and Michael Saylor’s MicroStrategy are only two of the massive names that are promoting the adoption of Bitcoin.

Now, JPMorgan may have surprised some clients as well.

According to the latest reports coming from CoinDesk, JPMorgan Chase is currently getting ready to offer an actively managed BTC fund to some of their clients.

This move is making the latest, largest and – if its CEO’s well-documented distaste for BTC is any indication – unlikeliest U.S. mega-bank to embrace crypto as an asset class, according to the online publication mentioned above.

The JPMorgan BTC fund could roll out as soon as this summer, according to two sources who are familiar with the matter told CoinDesk.

Institutional BTC shop NYDIG will be reportedly serving as JPMorgan’s custody provider, according to a third source.

The BTC fund to be actively managed

That’s a notable break from the passive fare offered by crypto industry stalwarts like Pantera Capital and Galaxy Digital, which let well-heeled clients buy and hold BTC through funds without ever touching it themselves, according to the latest reports.

CoinDesk also brought up the JPMorgan CEO, Jamie Dimon, who reportedly called BTC a dangerous fraud back in 2017, threatening then to “fire in a second” any trader who touched the stuff.

“If you’re stupid enough to buy it, you’ll pay the price for it one day,” he said at the time.

Check out the complete article by CoinDesk in order to learn more available details.

Regarding the price of BTC today, at the moment of writing this article, BTC is trading in the green, and the king coin is trading at $53,589.87. Stay tuned for more news about the adoption of BTC and crypto.

bitcoinbtcjpmorgan
Previous ArticleWhat Should You Consider When Investing in Bitcoin?