"If you don’t think Bitcoin is going to be attacked, you’ve misunderstood what this is about." —Andreas Antonopoulos from Bitcoin

On the one hand, all that Coinbase did was add a new coin.  On the other hand, they sprung it on everyone and total pandemonium ensued.  I’m leaning towards the latter.

Someone knew what was going to happen and took full advantage of it.  Bitcoin Cash (BCH) went as high as $8,000 by what I saw and Bitcoin (BTC) as low as $14,900.  Big profits were had with this situation and it feels dirty.  The whole point of this cryptocurrency revolution is to do away with manipulation and corruption by the people in the position of power.  This notion of decentralization is meant to eliminate the elites from taking advantage of the regular citizen.  Tonight felt like more of the same back room deals and foreknowledge by those in charge to exploit their position for profit at the expense of the rest of us.  I feel sick to my stomach.

Part of me wants to look on the bright side and say, “Oh well, now I can buy Bitcoin during a dip.”  That would be great! But as I try to sell my newly spiked Bitcoin Cash at its alltime high, conveniently Coinbase is not working and I am unable to use this app for the sole purpose I downloded it in the first place!  Maybe, I’m paranoid.  Maybe, I am jaded from all the years of fiat frustration.  Or maybe, this is exactly what we knew would happen.

Think about it.  Haven’t you noticed how much more attention Bitcoin has been getting?  I mean, every time I turn around some new Central Banker is spreading FUD.  The propaganda is all around us and it’s getting lots of mainstream media airplay.  What better time for an act of aggression against the coin that is sucking paper money out of every corner of the earth!? There have been more eyes on Bitcoin this week then ever before.

The sad part is TRON (TRX), CARDANO (ADA) and STELLAR (XLM) all took a beating.  Even the mighty RIPPLE (XRP) took a hit on the nose.  I assume the selloff to buy Bitcoin Cash before the spike was widespread so that it wasn’t just Bitcoin but Altcoins as well.  The thing is, about $35-40 Billion in market cap went bye-bye in minutes.  Then Bitcoin bounced quickly which leads me to believe these bandits bought it at the flash crash under $15k.  Ugh! My gut is telling me this was orchestrated.  Too many things fell right into place.  Even the charts on LITECOIN (LTC) and ETHERIUM (ETH) were identical on Coinbase.  As if every single trade was exactly the same at exactly the same time.  It was unnatural.

Here is an interesting comment I saw online: Sure. Where was the announcement? Why was the price reported at $8k+ only on Coinbase? Why would they add a new coin when they are self-admittedly swamped in customer support ticket requests?How could you possibly see this as anything other than a well collaborated pump and dump?

Obviously I’m not the only one with this perspective. 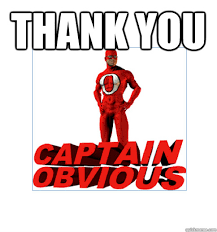 IOTA (MIOTA) actually got a much need shot in the arm during all this which is strange because IOTA feels kinda anti Bitcoin if you know what I mean.  AUGUR (REP) also did well amid the carnage.  To be honest, for a second there I thought this was turning into a bloodbath.  Maybe, I’ll wake up tomorrow and everything will be a sea of green and I won’t dwell on what seemed to be a massive manipulation to our sacred society of decentralized currency.

This was an interesting read https://btcmanager.com/speculation-insider-trading-coinbase-surprise-bitcoin-cash-announcement/

Makes you wonder about the legal implications…. Here is a comment to the article linked above “Bitcoin and cryptocurrencies are not exempt from insider trading LAWS because they are speculative in nature now and have ICOs and are things of value. Not the criminal laws anyhow. Not sure how they would fit under the SEC for civil penalties and regulations, but criminal laws are broken whenever anyone trades anything of value with insider knowledge. That is how I read the law, personally. Not legal advice, although I did go to law school.”

Hopefully,  we can look back in a year when market cap is at $20 Trillion and remember this day as just another failed attempt by the powers that be to stop the unstoppable.  Now I can sleep.  I hope…