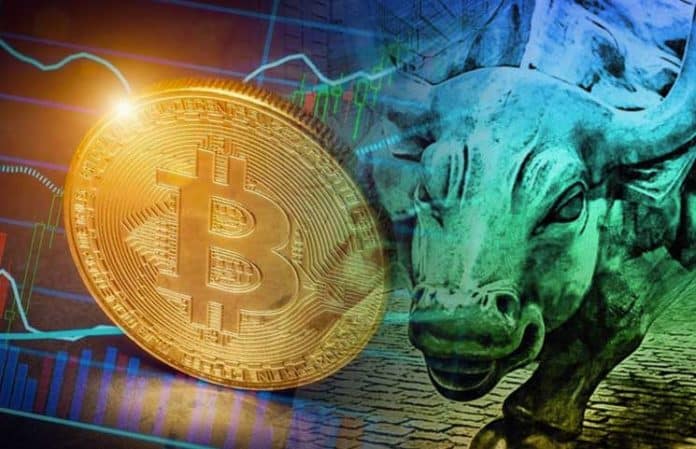 There have been all kinds of predictions about the price of Bitcoin these days.

The optimistic ones seem to be intensifying especially after the king coin was able to hit $14k a few days ago for the first time since back in January 2018.

Morgan Creek Digital Assets co-founder and partner Jason Williams said that Bitcoin (BTC) could meteorically rise about 17,900% in five years as BTC is solidifying its position as a safe haven asset.

During a Norwegian Block Exchange interview, Williams seems really bullish in his scenario for Bitcoin’s future.

“Bitcoin could hit $1 – $3 million in the next five years. People have no idea what it will look like when large banks and countries start holding Bitcoin in their treasury,” he said.

He also made sure to highlight Bitcoin’s scarcity as a key element that will attract more institutional players and continue to drive the value of BTC.

It’s also important to note the fact that during the past few months, institutional players in the form of publicly-traded companies have announced the entry into BTC with multi-million-dollar investments.

“In September, business intelligence company MicroStrategy upped their BTC investments to $425 million. Last month, payments giant Square revealed that it made a $50 million BTC acquisition,” according to the latest reports from the Daily Hodl.

According to the same notes, “With more institutions flocking into the number one cryptocurrency, Bitcoin Treasuries reveals that publicly traded companies have increased their BTC holdings from over $6.9 billion in mid-October to $10.7 billion this month.”

We recommend that you check out the complete Medium notes in order to learn more details.

At the moment of writing this article, Bitcoin is trading in the red, and the king coin is priced at $13,518.39.

Earlier today, we revealed that the online publication the Daily Hodl mentioned a grim warning on the future of the economy coming from macro investor Raoul Pal which is going viral.