There are more optimistic crypto predictions popping up these days. It seems that 2020 started great for Bitcoin and cryptos, and there are already positive forecasts regarding the industry and prices.

For instance, we reported earlier today that Binance’s CEO, Changpeng Zhao believes that the next decade will be fantastic for BTC and digital assets.

Another prediction pops up, as reported by the online publication the Daily Hodl.

Co-founder and managing partner of crypto lending platform Nexo said that BTC might hit $50k this year, which means an increase of 580% from the current price.

In a new interview on Bloomberg TV, Antoni Trenchev says his team believes BTC’s halving, which is set to happen in about four months, will be the catalyst.

“I think that very easily we could see Bitcoin going up to $50,000 by the end of this year. We have our analysts at Nexo crunching the numbers and doing very substantial research. And it is just a hell of a ride,” he said.

“It’s the halving coming up, because the reward for miners are dropping. The last time this happened, Bitcoin rallied 4,000%. And it’s been an incredible asset. It’s uncorrelated to the overall market. It delivers systematic, asymmetric returns.” 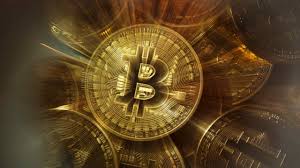 Bitcoin is the new digital gold

He said that he believes that BTC’s narrative changes in the past few years, and it’s not the new form of cash, but the new digital gold.

At the moment of writing this article, BTC is trading in the green and the most important coin in the market is priced at $7,466.91.