Bitcoin‘s price is dropping since the day before, and at the moment of writing this article, the most important coin out there is trading in the red.

Bitcoin miners are switching off their rigs

An important part of Bitcoin miners are now switching off their rigs in the response to the halving.

The process is known as capitulation, and it happens when miners can not make a profit by outpacing the electricity and maintenance costs that are required to power the network.

The fears of a mass capitulation of Bitcoin miners due to a massive loss of revenue have persisted for a while.

The scenario could trigger a death spiral that could bring transactions speeds really low – this lowers the confidence in the network and drags down the price of BTC.

It’s also important to note the fact that when there are fewer machines that are battling to earn BTC, the network adjusts how much processing power is required in order to confirm the transactions.

Glassnode said that the 6% difficulty adjustment that began last week is having an impact. 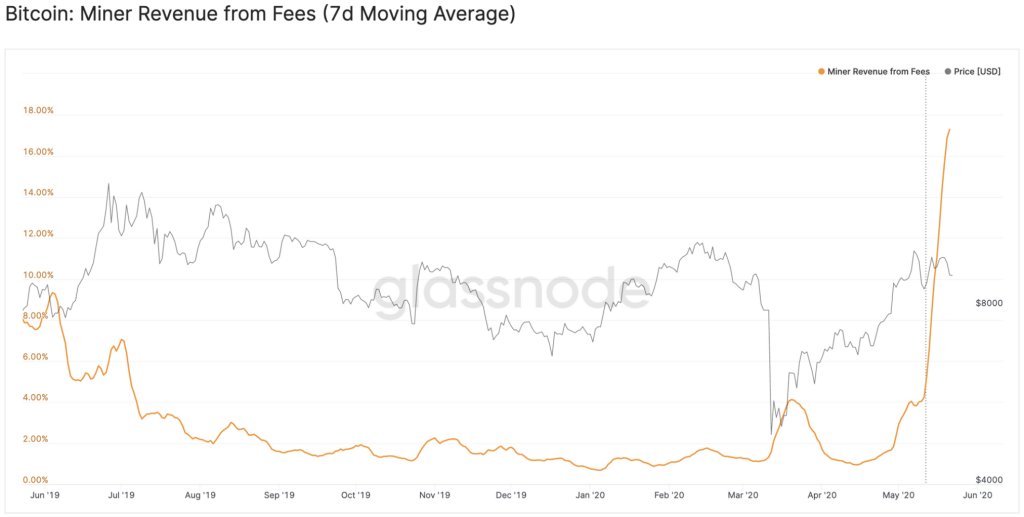 They continue and say that the effects of the halving on the miners are mitigated by an increase of fees – this is because miners prioritize transactions that offer high fees in order to make up for the shortfall.

We recommend that you check out more info from Glassnode in their official notes.