Bitcoin’s price has faced a four-day decline of more than $1,150, while the altcoins saw an even more dramatic drop. In spite of the fact that ​Bitcoin​ is now trading around the consolidation level from a week ago, this week’s bogus breakout to $12,500 cannot be ignored.

This ended up being a fake-out, and the lack of certainty that resulted from this is definitely seen in the following days. As depicted in the 4-hour chart below, BTC was generating a bullish triangle ($12,000 as an upper angle), and even after the mentioned false breakout, the formation remained stable until yesterday.

The triangle form got broken around $11,700, dropped to the $11,600 support, retested the triangle as a resistance, and then, the path to another leg down was rapid. 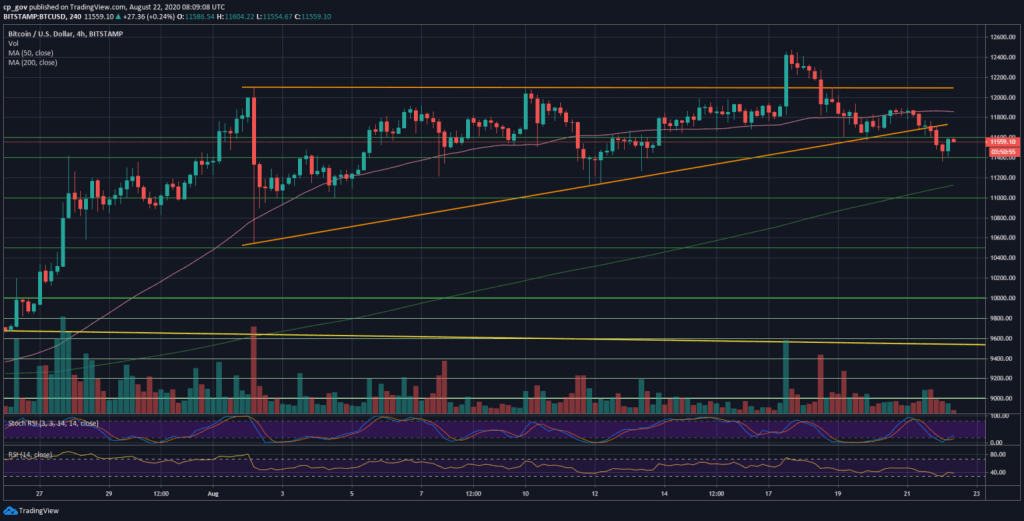 At the time of press, Bitcoin found support just above the $11,400 level. The latter was the July high that was actually a resistance before the first increase to $12,000 on the first day of August. The technical analysis shows that steady resistance becomes strong support, and until now, this is seen in the case here.

On the macro level, things look bullish, but there is a warning sign here as well. The below daily chart shows the yellow ascending trend-line, which started to appear in July 2019. Bitcoin’s price is now trading just below the line for the first time in ten days. 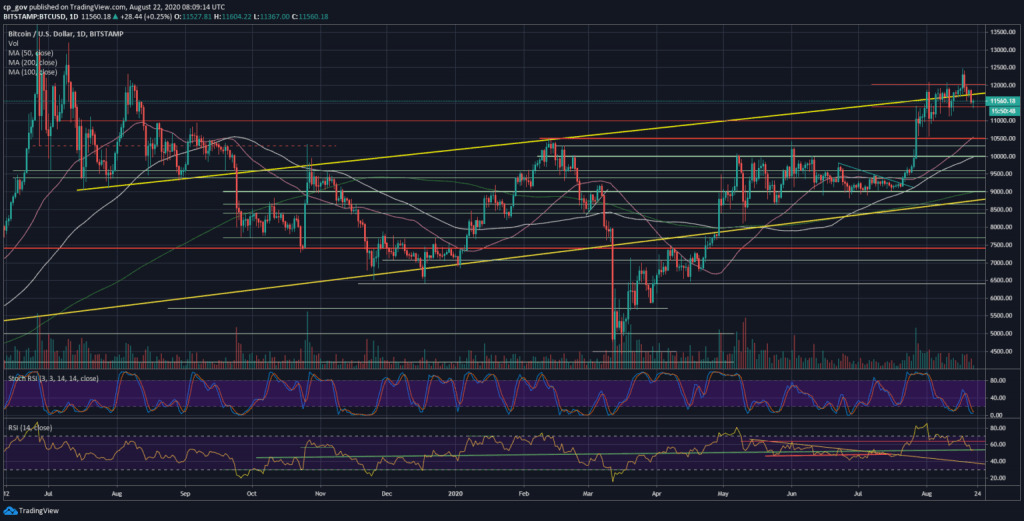