As we keep reporting, the crypto market is receiving at a fast pace these days following the March fall, and Bitcoin seems to be racing towards $8,000 after it was finally able to surpass the important level of $7,500.

At the moment of writing this article, BTC is trading in the green and the king coin is priced at $7,717.31.

Bitcoin is in a consolidating bull market

Bitcoin seems to be in a consolidating bull market, and it’s poised to confirm its status as digital gold, says a new report coming from Bloomberg.

The report is also highlighting the fact that BTC is up about 40% in the past 12 months.

“Bitcoin and gold appear to be consolidating bull markets that are backing into support zones vs. stocks, less than two months removed from record highs… Bitcoin and gold also stand to be primary beneficiaries of the unprecedented monetary stimulus that’s accompanied by a mean-reverting stock market,” according to the notes coming from the report.

McGlone said that BTC would outperform ETH, XRP, and the altcoin market due to the coronavirus pandemic in part. He believes that this is what distinguishes BTC from the rest of the coins. 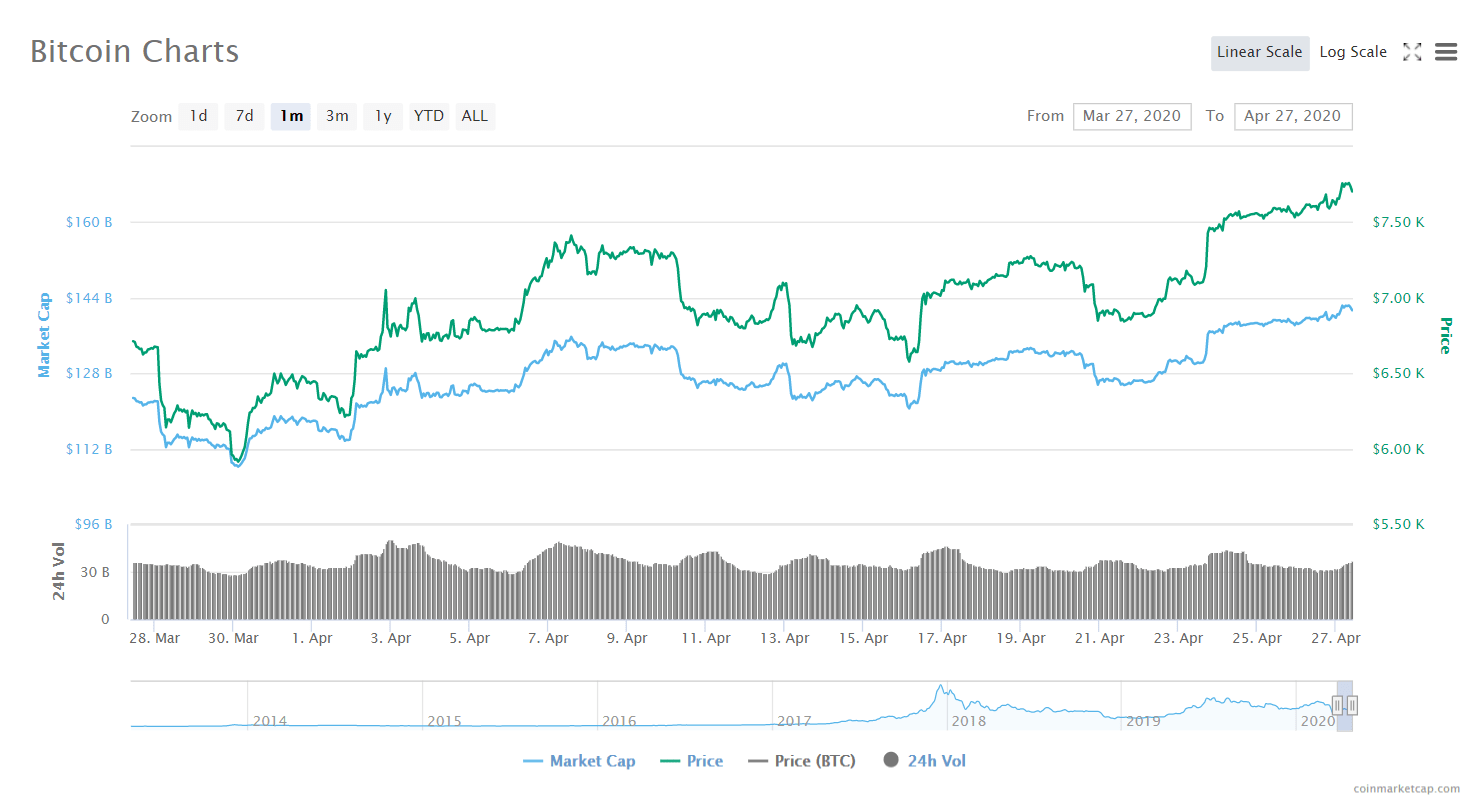 Bitcoin is a viable alternative to gold

“The macroeconomic effects of the coronavirus accelerate Bitcoin’s process of gaining value relative to other cryptos. Most of the speculative spurt in the Bloomberg Galaxy Crypto Index (BGCI) to start 2020 has dissipated, and on a one-year basis, Bitcoin is up almost 40% to April 2 vs. about a 13% decline in the BGCI…” he explained.

McGlone also said that 2020 would be the year that will mark the transition of BTC from a speculative asset to the digital gold.

The same report explains that Bitcoin futures helped with BTC’s volatility and tamed it. This is a sign that BTC is maturing and it’s becoming more than a speculative investment – it will consolidate the status of a viable alternative to gold.

We recommend that you read the complete report.