Bitcoin is Trapped, What will Release It? 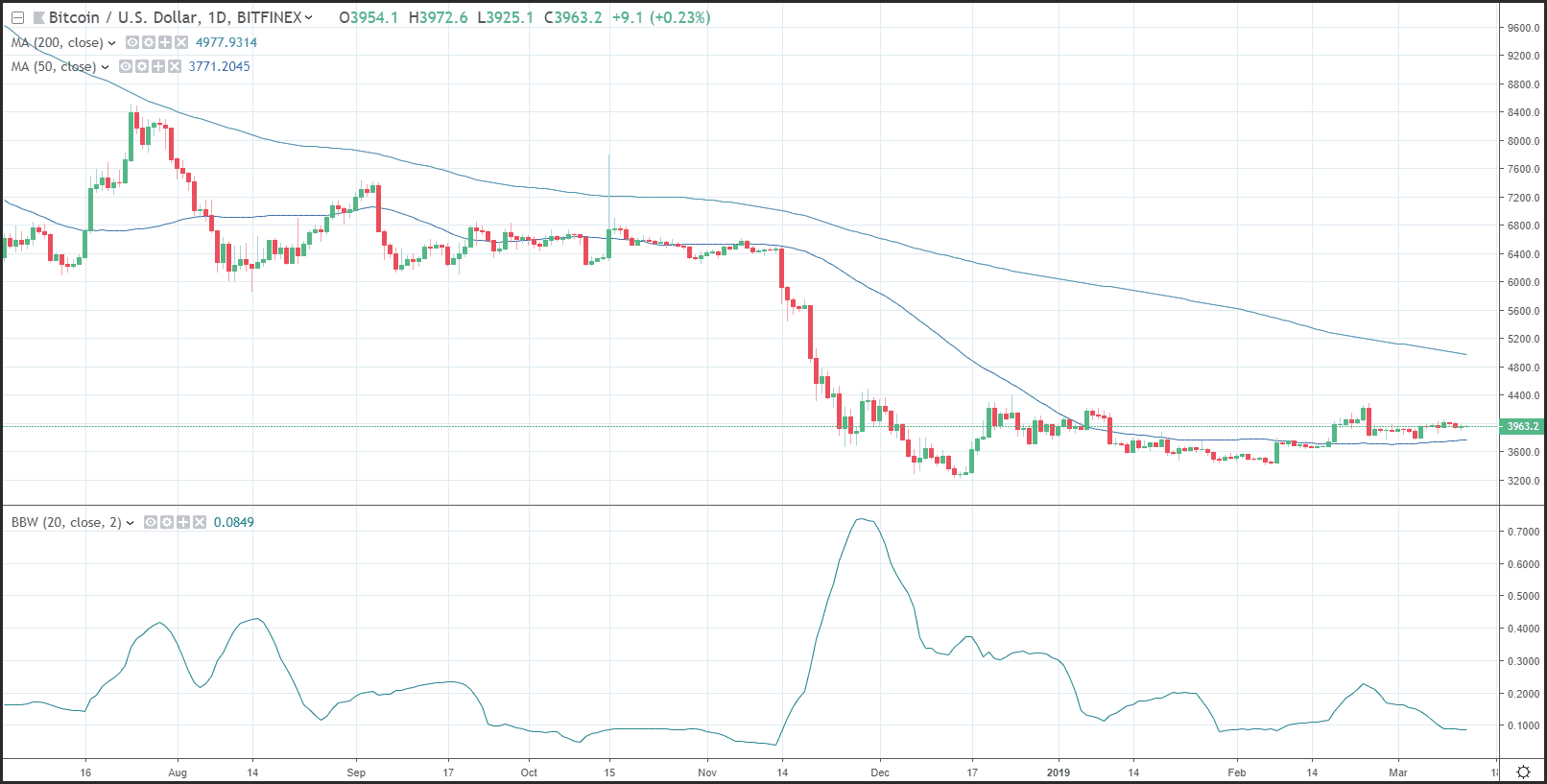 Bitcoin prices are trapped and volatility on the world’s most liquid cryptocurrency remains subdued. The question for most cryptocurrency traders is when will prices break out? There are several factors that are weighing on the cryptomarket.  Additionally, news that cryptocurrencies will soon be available in ETF form is still on the shelf. It appears that the US SEC does not see cryptocurrencies like Bitcoin as security.

Bitcoin prices are trapped, and there is no penalty for taking a short position in Bitcoin. When you take a short position in a cryptocurrency, you generally have to borrow that asset and simultaneously lend a different asset. If you short Bitcoin and buy the US dollar you are earning interest during the time this trade is on your books. European currencies are also generating positive returns, while the yen is a different story. If you short bitcoin and borrow the yen you have to pay away for this privilege.

Interest rates in the US and Europe are moving lower which will reduce the benefit of having a short position on Bitcoin. If you continue to drop, it will drive many investors who are holding these short position out of the market and provide Bitcoin with an opportunity to move higher.

Market participants continue to clamor for a Bitcoin exchange-traded fund. This would allow the average investor who has an equity account to diversify their portfolio with cryptocurrencies. Additionally, if you only have an equity account and cannot open futures or CFD account, an ETF is a possible solution.

While the market wants ETFs on cryptocurrencies, it does not seem that the SEC sees things the same way at the moment. SEC chair Jay Clayton now appears to agree with the SEC’s Division of Corporate Finance. The head of the area William Hinman said that cryptocurrencies like Bitcoin are not securities. His claims that a token or coin that is decentralized is not a security. While it has taken approximately a month, Clayton now agrees with Hinman.

There are several factors that are weighing on Bitcoin. Traders are looking for an impetus to push the price higher or lower.  Historical volatility is near the lowest levels in history. Bitcoin prices are trapped between the solid support and resistance levels. Interest rates are finally declining which could help prices. If the SEC approved a Bitcoin ETF prices would likely break out.