Bitcoin is in the middle of a fresh rally amidst the crypto market revival. Check out the latest reports about the price of Bitcoin today.

At the moment of writing this article, BTC is trading in the green, and the king coin is priced at $17,359.

Accoridng to the latest reports, the popular crypto analyst InvestAnswers says that an on-chain signal is suggesting that Bitcoin (BTC) is way overdue for a rally.

In a new strategy session, the analyst is checking out Bitcoin’s realized price (RP) metric. This records the value of all BTC at the price they were bought, divided by the number of coins in circulation.

The analyst points out that historically, BTC has not stayed below the RP for long.

“We’re counting down to the next halving, and here we’ve been under the realized price… it’s now 170 days, and the actual price is under that RP of about $21,000, suggesting an upswing in the actual price is on the cards because we don’t stay down here that long, at least many believe…” 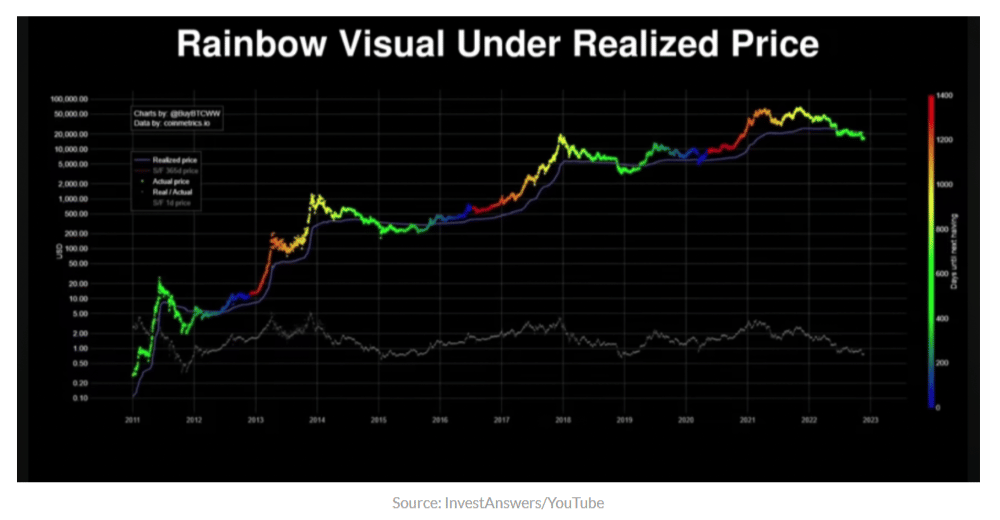 The analyst continued and explained this:

“This is a rainbow visual of the realized price. And you can see how the Bitcoin price is pretty much, most of the time, above the RP… It’s to the tune of like 97% of the time, 98% of the time it’s above that. Now it’s below. Now the question is, how does that shape up in history?”

A popular crypto strategist talks about a Bitcoin (BTC) surge just as the US dollar index (DXY) is showing signs that its parabolic rally this year could be coming to an end.

In a new strategy session, Jason Pizzino said that the US dollar index wouldn’t stop crashing as it threatens to break a key support area on the high timeframe chart.

Check out the particle that we shared earlier today in order to learn more details about this.