There have been a lot of optimistic predictions about the price of Bitcoin these days, especially following the halving event that took place back in May.

At the moment of writing this article, Bitcoin is trading in the green and the most important coin out there is priced at $9,703.61.

The most controversial analyst in the crypto space PlanB said that Bitcoin officially entered a zone that preceded each and every one of the parabolic bull runs. 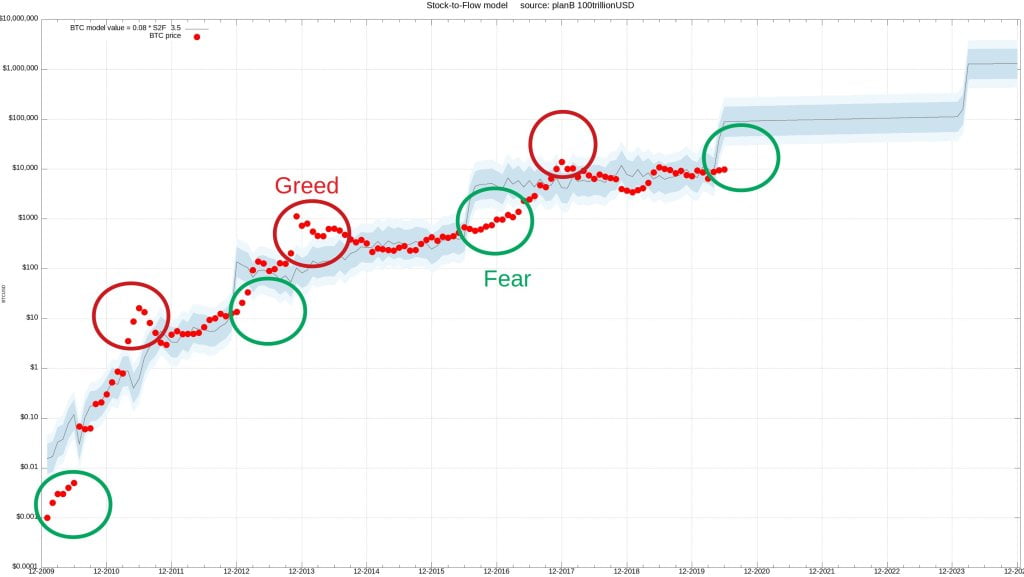 He said that Bitcoin is now in the early days of the fear zone phase.

“The last time this happened in June of 2015, Bitcoin was valued at about $246. Over the next two-and-a-half years, BTC gradually entered its third epic rally that brought the crypto king to an all-time high of $20,089 on December 17th, 2017 – an 8,066% increase,” the online publication the Daily Hodl notes.

They also highlight the fact that PlanB’s analysis is among the most bullish in all of crypto.

It’s also worth noting the fact that the latest version of his stock-to-flow model is suggesting that BTC will hit $288,000 by the end of 2024.

Alex Krüger says that this model is overhyped

Another thing worth noting is that not all analysts agree with this model. For instance, economist Alex Krüger says the model is over-hyped.

He says that the amount of overall demand there is for BTC is what matters most.

Amazing how so many bring up S2F these days whenever anyone mentions bitcoin supply. I did not have S2F in mind when I wrote this tweet, and no, I don’t think it is very important, it is massively over-hyped.

Followers didn’t necessarily agree. Someone said: “It’s one metric to look at for long term FA, I would not bet the farm on ANY one metric, but an important one to consider along with other key metrics both technical and fundamental.”