​Research into earlier Bitcoin bull and bear cycles may provide some information regarding how long the current cycle will last, which seems to be longer than previous ones so far.

If we look at the Bitcoin price chart over the last ten years, it clearly shows that we are currently in what seems to be the early days of the fourth bull market cycle. The king coin has had multiple boom-and-bust cycles in its record, and three can definitely be pointed out with both tops and bottoms.

600 Days into the Current Cycle

In a recent report published by CoinMetrics, these cycles have been overlaid in an attempt to calculate the length of the current cycle, which began when Bitcoin last dropped majorly: in December 2018 when it fell to around $3,200.

Since then, it has been growing higher and closing in on its previous unprecedented high, in spite of the pandemic that created the global market crash in mid-March, which drove prices to below $5,000 for a while. 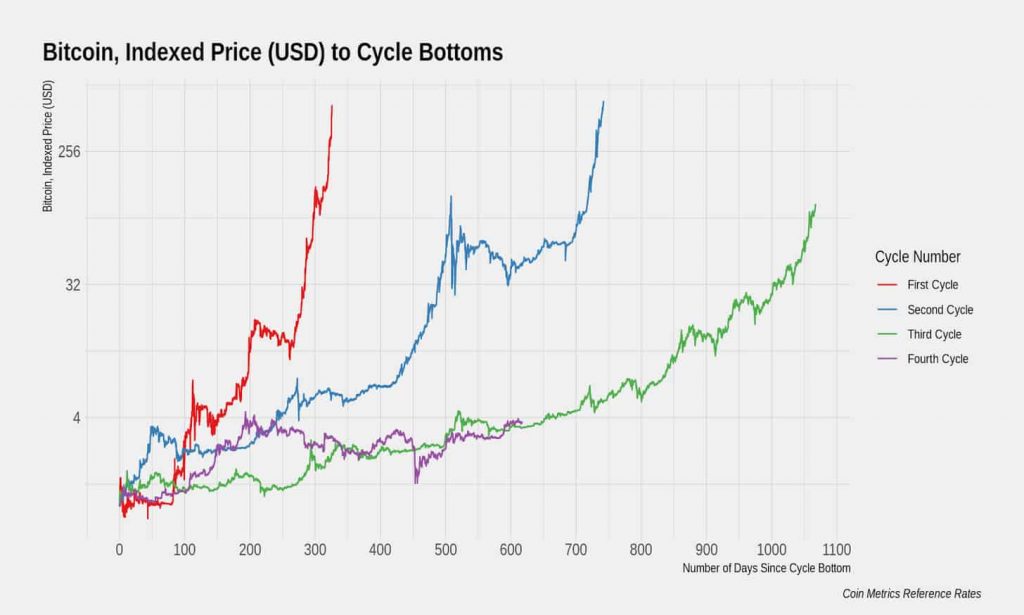 The research mentioned that we are currently 600 days into the current cycle and compared this to the prior one, which began at the start of the year of 2015. It also stated that there is no assurance that markets will follow historical trends, but ‘financial history has shown us that the formation of asset bubbles appear to be linked to deeply rooted aspects of human behavior.’

The report added that the market has increased to a point where any more increases are more intricate than before. As each previous cycle has been longer than the prior ones, there is a good possibility that this one will also be longer than the previous three-year cycle, which peaked at the end of 2017.

The research concluded that there could be at least a few hundred more days remaining in the ongoing cycle. Peeking at the chart, it appears that around two years more would result in a cycle of the same length as the prior one.

At the moment, Bitcoin’s price seems to have started a slight pull-back cycle from its 2020 high of $12,400. The asset has retreated 8.5 percent from those levels and is believed to drop even further before resuming its upward trend.

Renowned analyst and trader Josh Rager said that corrections between 30 to 40 percent are perfectly natural, and have occurred numerous times in the past.

The way to a new high is not going to be a linear one, and considering the previous cycles, could be way in the future.