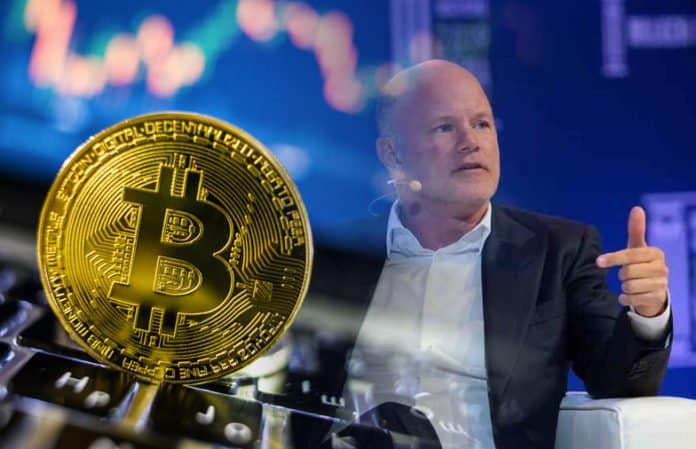 The crypto market looks great today with the most important coins trading in the green.

At the moment of writing this article, Bitcoin is also trading in the green, and the coin is priced at $16,713.07.

Mike Novogratz, founder and CEO of Galaxy Digital, recently revealed that his first buy in the crypto market was a purchase of 30,000 Bitcoin (BTC), and half a million Ethereum (ETH) – these were both very early in the game.

During an interview with Alex Saunders from Nugget News, the crypto bull talked about how he first got started in the crypto market.

“A friend of mine asked me about Bitcoin… I did 15 minutes of research and was like ‘Huh, cool technology, libertarians like it. This was in 2012… The Chinese were buying it. I was like ‘It’s going to go higher.’” he said.

He continued and said that “My first buys of Bitcoin were at about $95. They were very speculative. I bought it because I thought it would go up. And as I started looking at it and digging in, I thought ‘This could be cool.’ So I called up a friend of mine named Dan Morehead from Pantera… I said ‘Morehead, take a look at this, I don’t have enough time,” and after two weeks he called me back said ‘Dude this is going to change the world…’”

He also said the following: “So we decided… that we would buy a bunch of Bitcoin. And to Dan’s credit, he bought a lot. We were a lot richer than Dan at the time. He bought a lot of Bitcoin, about 30,000 Bitcoin for himself. So we were like ‘We’ll take $30,001,’ because we couldn’t let him have more than we had.”

We suggest that you check out more about what he had to say in the original article posted by the Daily Hodl.

Also, check out the video above.