​Bitcoin (BTC) has to rise until $340,000 in order to match its performance from its most recent halving cycle, new data states. In a Twitter thread on August 20th, renowned statistics resource ChartsBTC said that Bitcoin still has scope to grow at current levels of $11,700.

Drawing a comparison between the coin’s lows, highs, and halving prices from its two prior halving cycles, ChartsBTC placed the difference between peaks at 36x for the 2012 cycle and 17x for the 2016 cycle.

“The multiples from prior cycles applied to the current one arrive at highs between $250k and $1.6M in the next 18 months,” ChartsBTC summarized.

The provider mentioned that although the match adds up, there is almost no evidence which demands that such levels actually appear within the given period. 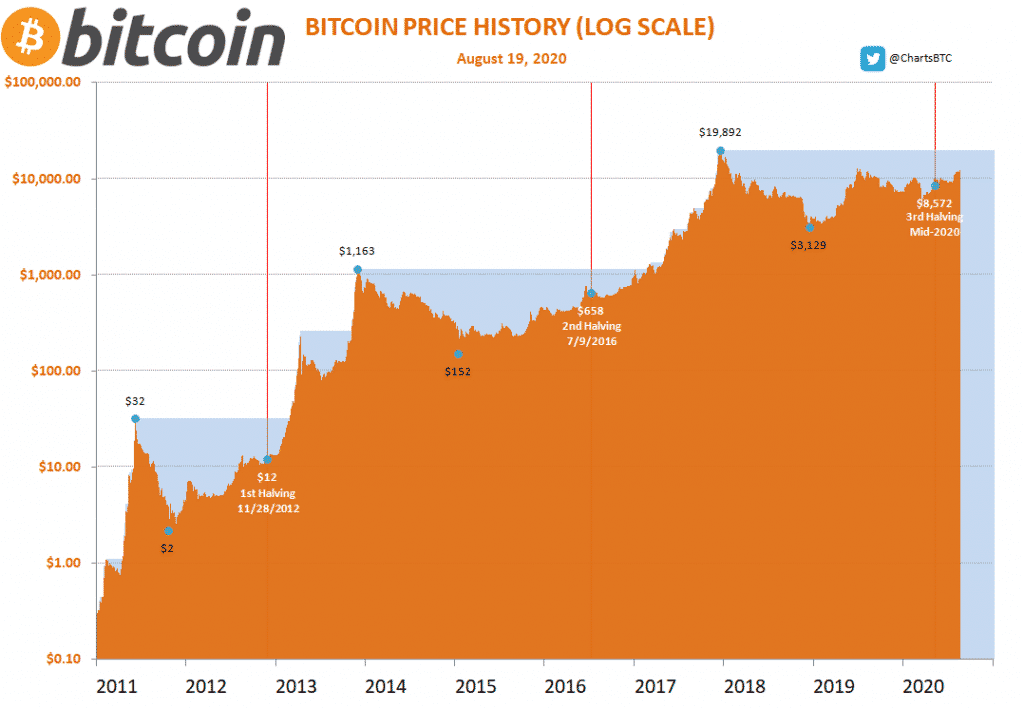 “While this may sound exciting, it’s just hopium,” it added. “The prior highs and lows won’t dictate the future.”

Bitcoin​ investors are still primed for good news in current conditions as 30 percent of monthly gains give bulls the strong upper hand. The future seems bright in spite of a shy pullback costing holders unsteady $12,000 support once again.

Previously, Vijay Boyapati, author of “The Memory Pool,” shared his own halving-based price prediction. After the course of the 2016 cycle, which Bitcoin​ is currently frontrunning, a new unprecedented high should take place before the end of this year. The current third halving cycle should also bring a peak price similar to what ChartsBTC said.