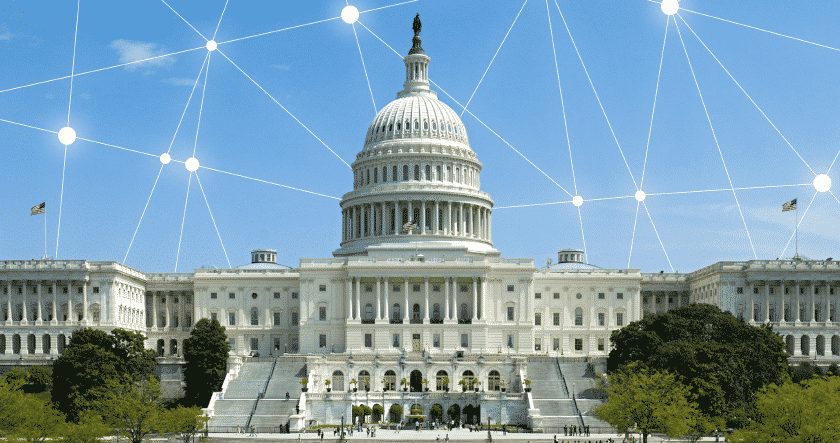 The mainstream adoption of the digital assets and the underlying technology, the blockchain, has been one of the most important goals that the crypto industry has set.

There have been many important moves made in this direction towards the achievement of this huge goal, and they continue.

Institutional investors are a key element for the adoption of cryptos, and more use cases are boosting the legitimacy of blockchain.

Now, another issue seems to be bringing the emerging tech closer and closer to massive success.

A new bill could boost blockchain’s legitimacy under federal law

It’s been just revealed that Congressional Blockchain Caucus co-chair Rep. David Schweikert has introduced a bill that will recognize digital signatures created via blockchain as valid and enforceable under federal law.

The online publication the Daily Hodl notes that since the Electronic Signatures in Global and National Commerce Act, aka “the e-signature bill,” was signed into law in October of 2000, “digital signatures used to remotely sign legal documents in heavily regulated industries have been recognized as equally legally binding and valid as traditional signatures written with ink on paper.”

Now, the new bill that’s been introduced to the House Committee on Energy and Commerce on October 2nd by Rep. Schweikert, H.R 8524, is reportedly aiming to change the current e-signature bill in order to include digital signatures that are created on the blockchain.

“To amend the Electronic Signatures in Global and National Commerce Act to clarify the applicability of such Act to electronic records, electronic signatures, and smart contracts created, stored, or secured on or through a blockchain, to provide uniform national standards regarding the legal effect, validity, and enforceability of such records, signatures, and contracts, and for other purposes,” according to the official notes as cited by the online publication mentioned above.

We recommend that you check out the original article in order to learn more exciting details about this.

Also, make sure to check out the new bill that would definitely boost the blockchain tech.