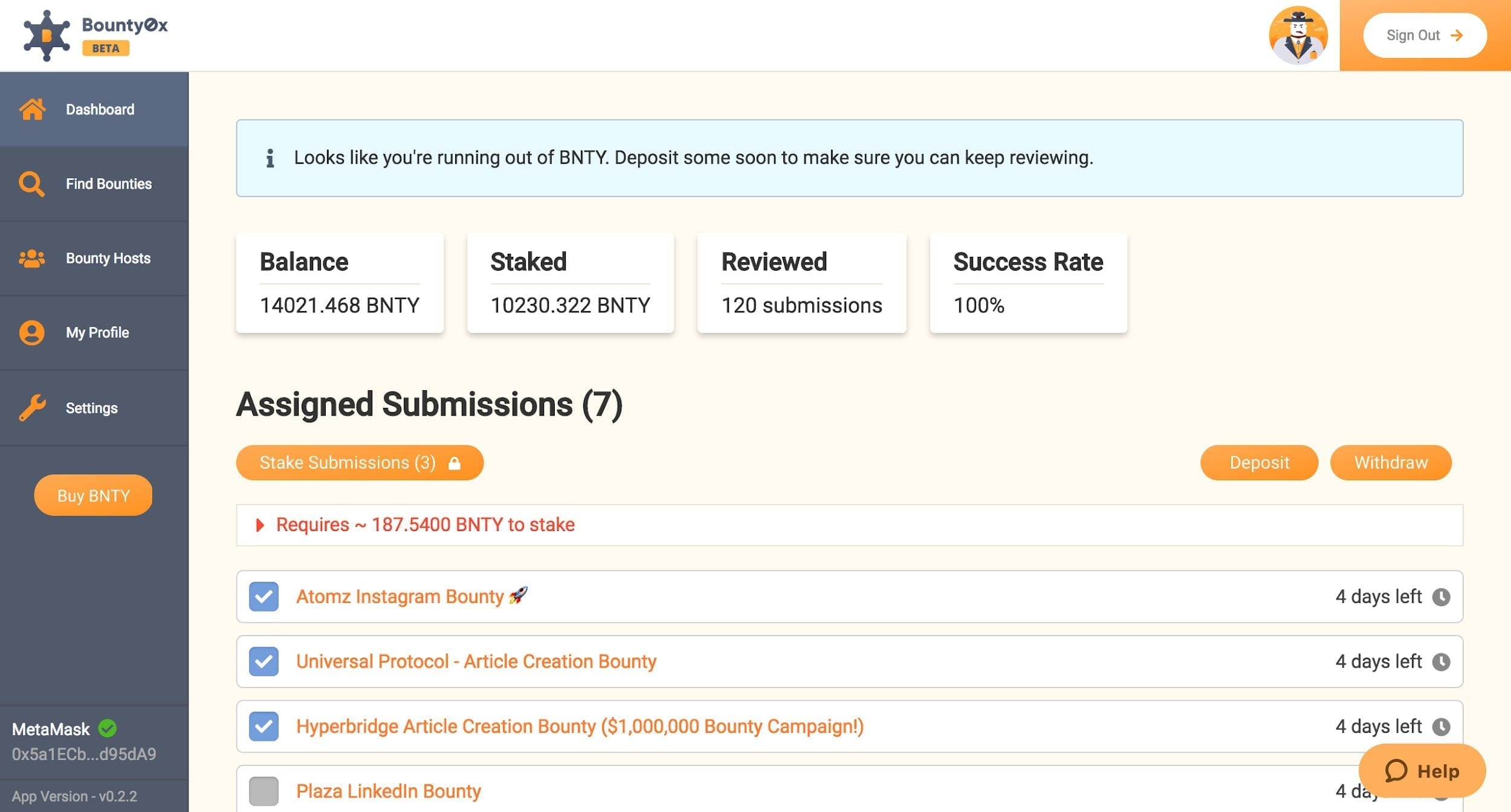 Bounty0x, a cryptocurrency bounty hunting platform with 50k+ active users, just announced the launch of its first BNTY token staking functionality. On November 23rd 2018, anyone will be able to stake BNTY tokens to review submissions made by Bounty Hunters. This functionality is called “Bounty Sheriff staking”.

What exactly is Bounty Sheriff staking

Bounty Sheriff staking is a crucial component of the Bounty0x Platform because it enables for the trustless verification of task completion, meaning that no central party is needed to review work. This is a breakthrough in how to think about the completion of tasks and the reviewing of submitted work.

How to get started as a Bounty Sheriff

After making a review, the BNTY staked to that review will be locked for 1 week , this is the appeal window. During that time period, Bounty Hunters will be able to open a dispute and challenge your review. As soon as the 1-week time window closes and your review was correct, you will receive your BNTY back together with a claim for a small fee. Or if the review was incorrect, then your BNTY will be destroyed.

Hence, if you want to make at least 10 reviews per week, then you would have to own at least 1,000 BNTY.

A step-by-step guide to getting started as a Bounty Sheriff once the functionality launches is available here.

What to expect next from Bounty0x

Bounty0x has hinted at two next BNTY- related releases: Bounty Hunter staking and the Bounty0x protocol. Bounty Hunter staking is a functionality that Bounty0x Hunters can use to reduce platform fees by staking BNTY, and the Bounty0x Protocol is a general purpose protocol for the creation of other incentivization networks. The best way to stay updated to new developments from the company is to follow it on Twitter or to join its Telegram group.