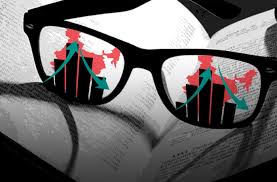 According to reports, US officials held raids on three Caterpillar Inc.(NYSE:CAT) sites as part of a criminal investigation into tax wrongdoings at the heavy machinery maker.

Following the news Caterpillar Inc.(NYSE:CAT) stocks plunged to close  at 4.3%.

One of the world’s largest makers of construction and other heavy equipment company said it thought the investigation was linked to profits from Swiss subsidiary CSARL.

Reports said Caterpillar Inc.(NYSE:CAT) is blamed for shifting massive profits abroad to evade paying taxes in the US.

The officials searched the HQ’s of the company , in Peoria, Illinois. Two other sites in Illinois were also raided under the federal warrant.

This news arrives amid Trump administration plans to revamp corporate taxes to keep jobs and profits within the country.

Switzerland-based subsidiary was the focus of a 2014 investigation by the US senate alleging it was set up to move billions of profits abroad to shun paying taxes in the US.

Senate Democratic staff’s report indicted Caterpillar of having evaded paying $2.4 billion in US taxes since 2000 by moving profits abroad. The report said the company transferred profits of its parts business to the Swiss subsidiary even though no employees or business activities were moved there.

Moreover the amount was taxed at a unique rate of 4% to 6% that Caterpillar settled with the Swiss government, the report said. According to that only 15% of the profits from its parts business were taxed in the US whereas previously 85% had been subject to US taxation.

The US Internal Revenue Service demand Caterpillar pay back $2 billion in taxes and penalties for profits assigned to the CSARL subsidiary.

On the other hand Caterpillar Inc.(NYSE:CAT) is also part of the Trump administration’s effort to promote US manufacturing as Chief executive Douglas Oberhelman recently had meeting with US President Donald Trump at the White House.