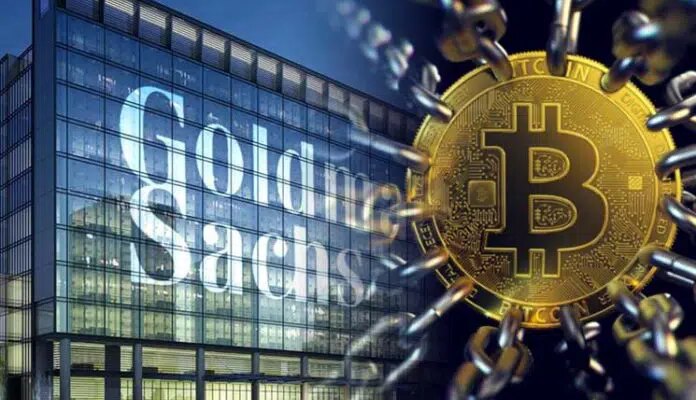 It’s been just revealed that the banking giant Goldman Sachs is reportedly saying that the most recent crypto market crash had next to no impact on the financial well-being of US consumers.

According to a new report by Bloomberg, economists at Goldman Sachs explained the fact that the latest crypto correction is “very small” compared to the overall net worth of US households, which in 2021 was at $150 trillion.

Just in case you don’t know, by comparison, the crypto markets dipped from $2.3 trillion to $1.3 trillion during the latest sell-off.

The economists also expect that the crypto bear market will have a limited impact on aggregate spending. This will reportedly happen, even though Americans own a third of the global crypto markets.

A panel of economists led by Jan Haztius said the following, as cited by Bloomberg:

“We therefore expect any drag on aggregate spending from the recent declines in cryptocurrency prices to be very small as well.”

It’s also important to note the fact that according to the banking giant, crypto accounted for only 0.3% of US household net worth by the end of last year.

“In contrast, the equity market represented 33% of household net worth at the end of 2021,” the online publicaiton the Daily Hodl notes.

“These patterns imply that equity price fluctuations are the main driver of changes in household net worth, while cryptocurrencies are only a marginal contributor.”

When BTC could see its bottom

It’s been just revealed that an important crypto strategist is looking at Bitcoin’s previous bear markets in an effort to predict the end of BTC’s current downtrend.

Pseudonymous analyst Rager has recently said that the length of Bitcoin’s 2014 and 2018 bear cycles suggests that BTC has a long a way to go before it can carve a bottom.