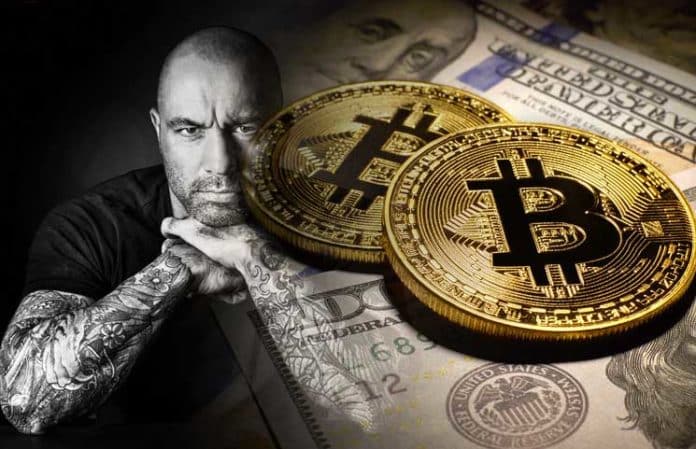 Crypto mass adoption has been one of the most important goals that the crypto industry has set.

There have been a lot of moves made in this direction and they continue towards the achievement of this essential goal.

On the opening salvo of episode 1,515 of the Joe Rogan Experience, Rogan is promoting Bitcoin as part of a Cash App advertisement.

Rogan touted the Cash App’s ability to allow users to automatically purchase Bitcoin at various intervals based on their preferences, as reported by the online publication the Daily Hodl.

“With the Cash App, you can automatically purchase bitcoin, daily, weekly or even bi-weekly, known in the industry as stacking sats. Sats is short for Satoshi –  the legendary person who created Bitcoin…” he said.

He continued and explained, “Bitcoin, what it is for sure, is a transformational digital currency that acts as a decentralized peer-to peer-payment network powered by its users with no central authority. I love it. I wish it was the way we exchanged currency and maybe it will be in the future. Get on board.”

It’s also important to mention the fact that Rogan’s views on Bitcoin are definitely changing.

You may recall that back in January, he was expressing some of his worries regarding the king coin and digital assets in general.

“But, at the end of the day, I just don’t totally understand how you can have so many of them. Like how many cryptocurrencies are there, and if you don’t have so many of them, well who’s to say when you can stop making them?” he was saying back then.

Regarding BTC’s price, at the moment of writing this article, BTC is trading in the red and the coin is priced at $11,147.31.