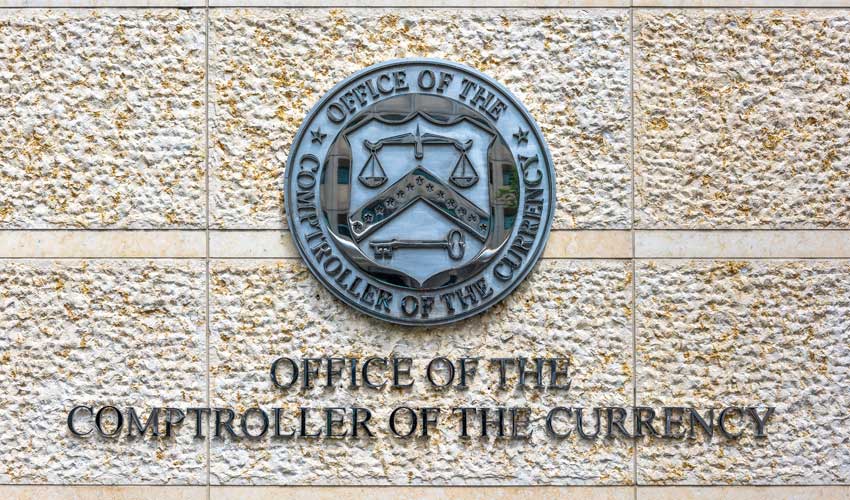 2021 is expected to be a blast for the crypto space. Mainstream adoption is already upon us, and there are all kinds of events that will be boosting the mass adoption of crypto and the blockchain.

It’s been just revealed that the Office of the Comptroller of the Currency (OCC), the bureau of the US Treasury Department charged with regulating banks, has stated that banks may use stablecoins and blockchains for payments.

Banks can use stablecoins and blockchains

During an interpretive letter that has been issued a couple of days ago, the OCC clarified that, as long as it complies with the law and sound banking practices, “a national bank or federal savings association may validate, store, and record payments transactions by serving as a node on an INVN [independent node verification network]. Likewise, a bank may use INVNs and related stablecoins to carry out other permissible payment activities.”

Decrypt also notes that the Acting Comptroller of the Currency Brian Brooks, who is a former Coinbase executive, just said in a recent press release that the move is about leveraging the cryptocurrency industry to keep pace: “While governments in other countries have built real-time payments systems, the United States has relied on our innovation sector to deliver real-time payments technologies.”

1/ Breaking major news from US Treasury OCC, the largest US banking regulator (@USOCC), with new guidance allowing US banks to use public blockchains and dollar stablecoins as a settlement infrastructure in the US financial system. https://t.co/gQFWISWUnc

3/ The new interpretive letter establishes that banks can treat public chains as infrastructure similar to SWIFT, ACH and FedWire, and stablecoins like USDC as electronic stored value. The significance of this can’t be understated.

We suggest that you check out the complete thread.