Energi (NRG) is one token that has been getting a lot of attention in recent weeks as it moves steadily higher since reversing off $1. Recently on its website NRG stated is has committed $2 million in charitable contributions including cash and urgently needed safety equipment to aid those on the front lines of the pandemic response and provide relief to those adversely impacted by stay-at-home orders.

Launched in April 2018 NRG might have started out small but it exploded to over $6 per token by mid-2019 swiftly entering the top 100 coin-club where it remains today. The platform’s main selling point is its insistence on delivering a widespread and global adoption of crypto technology by means of offering its self-funding treasury system and community-based governance.

Energi (NRG) is a next-generation Proof of Stake (PoS) cryptocurrency that combines smart contract capabilities, decentralized governance, and a self-funding treasury. Energi was founded by Tommy World Power, who imagined a better, sustainable cryptocurrency that had the potential for mass adoption. The project has since grown to more than 60 team members and 225,000 community members, all working together to create a cryptocurrency for the future. Currently there are around 19 million NRG tokens were found in circulation. NRG can be earned as platform-based rewards or can be acquired on exchanges such as KuCoin, Digifinex and others. NRG can be stored in the official core wallet and is also available on the Coinomi wallet app for iPhone and Android. NRG started out as a fork of the Dash source code, without being an actual fork of Dash blockchain itself. This means that Energi and Dash addresses are not mutually compatible.  Energi is supported by what they call their four pillars, based on the smart contract platform, governance, treasury, and master nodes staking. 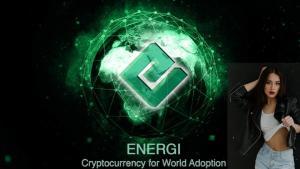 The Energi project was founded by one Tommy World Power, active on youtube and other social media Tommy decided to start working on self-funding and economically viable cryptocurrency in 2017 which would focus on smart contracts and utilization of token emissions as sources of growth. He was subsequently joined by the team of specialists with backgrounds in cryptocurrencies finance, economics, marketing, and development. Tommy has been in Bitcoin & crypto since the early days and during the Alt Coin boom projects such as ETH, LTC & DASH.

As the real estate crash has begun, it’s valuable insight to see the current biggest real estate bubbles in the world.
Their floor is potentially much further down than regular markets.https://t.co/aWzWUB2qxl pic.twitter.com/fLo2iqUa6t

When asked on Reddit why he called himself Tommy World Power he stated: “My name was originally TommyEconomics (as you can see, I can’t change it on Reddit). My name stems from the fact that nearly 10 years ago I decided I would be in alignment with the greatest powers in the world (from a place of love— to be able to protect the world and people I love, and on a larger scale like stop or prevent war). You see, in face of major world events… you can feel powerless… or powerful. The choice is yours. Most don’t realize their power…And that the same seed by which I created Energi, which is one of the most.. if not THE most powerfully designed crypto in the world. I made it because I saw the missing gap, and I couldn’t rely on other projects to get it right.”

Energi vision is to propel cryptocurrencies from being adopted slowly to becoming a massively accepted technology with global outreach. This is to be achieved by building a strong foundation for the Energi platform, based on adherence to the principles of “trust, awareness, usability and availability”. The first leg of this foundation rests on having a large decentralized treasury (described as “four times greater than that of Dash, Decred and PIVX”) combined with on-chain governance model. The second one is the Energi’s network of masternodes which can vote on the allocations of accumulated funds. As the masternodes remain tasked with handling governance, security and transactions throughout the network, the Treasury is supposed to provide theoretically perpetual funding for all services the platform provides to its community, including compensation for the developers.

Energi recently announced the launch of Gen 3 which includes all of Ethereum’s smart contract capabilities as well as Energie’s strong masternode structure which features self-funding treasury and decentralized governance models. Gen3 allows existing and new ERC20 Tokens to be stored on Energi and incorporates existing and newly developed dApps”. Existing dApps are able to migrate over to the Energi ecosystem which gives them the added benefits from Energi Defense (cybersecurity), the incubator, and other expanding services.

The Battle Against COVID-19

NRG has committed $2 million in charitable contributions including cash and urgently needed safety equipment to aid those on the front lines of the pandemic response and provide relief to those adversely impacted by stay-at-home orders.

We, like you, are closely following the COVID-19 situation. Health and safety are priority number one, and we are dedicated to ensuring our customers, communities, and colleagues are protected during this time. Electricity is a critical tool that helps keep us safe, productive, and connected — especially now. As always, we’re available to assist our customers, should questions or concerns arise. All of our brands have online and phone options to keep you supported, safely. NRG.com offers several ways to get in touch; for more from Reliant, please see their customer care & tips page. Internally, we’ve shared the Centers for Disease Control and Prevention’s guidelines with our employees and reinforced prevention practices. After careful and thoughtful planning, we have restricted all business travel, activated our Infectious Disease and Pandemic Plan and instructed all employees who can work remotely to do so.