Geekzcode ICO: A Tron (TRX) Version of GitHub, And Then Some 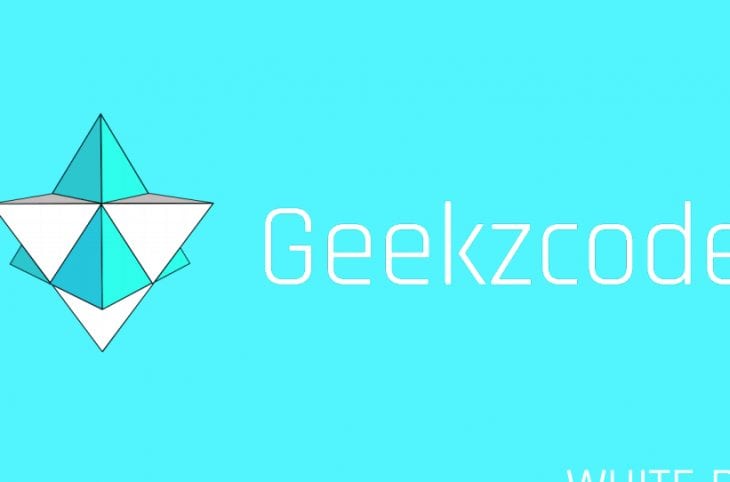 The team behind Geekzcode.com have this brilliant idea of offering open source software solutions on the blockchain. The software solutions available on the site will either be free or through a bounty system. Think of it as a Tron (TRX) version of GitHub.com.

Github is a development platform where software developers can collaborate through conversations and code to improve on the software the team is working on. This way, there are more ideas, more solutions, more discussions about code, review about code and management of software projects. The platform is able to do this through an open source environment.

Projects can be accessed and manipulated using the standard Git command-line interface. Github also allows registered and non-registered users to browse public repositories on the site. There is also the capability of social networking type of functions such as feeds, followers and wikis.

What is the Tron (TRX) network?

Tron is a blockchain powered decentralized media sharing platform. Tron’s vision is to create a global free content entertainment system allowing users to freely publish, store, manage and own their own data. At the same time being able to trade these digital assets through decentralized self governance. Strangers will be able to collaborate and profit.

Geekzcode Ltd. is a UK based company, hosting an open source downloads website. The crowdfunding, or ICO, is to fund the completion of the websites. Participants will receive perks of the utility token known as Geekz Utility Tokens (GUT). Pledges will be made in Ethereum.

Like Github and Tron, Geekzcode.com is free for all users. There is no pop up ads neither malware nor redirecting to third party sites. The magic happens on the Geekzcode website.

Users can download software, Apps and games. The membership is free and caters to three types of users.

1. Non-members who can visit the site and download open-source software, apps and games

2. Members, Developers and programmers who want to download the usual development tools and software they need. They can also participate in the site’s forum, create and publish their projects

3. Members who want a piece of the created software. Geekzcode is creating a paradigm shift, they are bringing together the End Users and the Developers “who until now have been the back bone of FOSS” (FOSS = Free Open Source Software) without being rewarded. Members of Geekzcode.com will have the opportunity to have a piece of Software, App or Game created or even modified by starting or donating to a Bounty. Other Members can also donate GUT’s to that Bounty. Developers can monitor these Bounties and decide to accept a Bounty/project, they will then Create or Modify that Software.

There will be two types of bounties that can be started on the website.

1. Public Bounty (FOSS) which will be posted on Geekzcode.com for everyone to enjoy and use.
2. Private Bounty (Proprietary Software) offered by companies for their private use. This will give developers an opportunity to be rewarded for their hard work.

Developers who are Members of Geekzcode.com can monitor either list of Bounties being offered and decide to accept the challenge to Create that Software. Developers will then Write/Create the Software, they will then submit the completed Software for testing, once tested the Bounty offered will be forwarded to the Programmer or Team who accepted the bounty, if the project was a Public (FOSS) project, it will be published for everyone to enjoy, if the project was private, it will be forwarded to the company who started the Bounty. When starting a Bounty there will be an option to set a time limit. If the Bounty is not accepted within the set time limit all donations made to that project will be returned.
Geekzcode will keep 10% of the Private Bounty donations.

The available token supply will be 25,000,000 distributed in the following way:

For the early stage, token prices will be divided in blocks of 2 day periods:

The final stage will be divided as follows:

More information can be obtained from the project’s whitepaper and their website.