It’s hard to look for a positive story in the altcoin market today. I awoke this morning to the news that Bitcoin had fallen under US $6,000. Ethereum (ETH) had dropped a massive 30%, trading under US $130 and the entire market still glowed red with the embers of last night’s dumpster fire.

But amongst the ashes of the coins surrounding us, one in particular stood out like an emergency shelter in the aftermath. Gleec Coin (GLEEC) rose 50% in the past twenty-four hours, lifting the wallets of thousands of traders stranded amongst the flames. 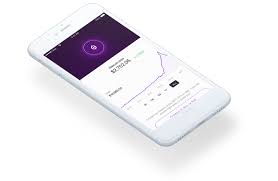 Gleec Coin (GLEEC) debuted in October of 2019, only 5 short months ago, in an IEO (initial exchange offering) on the LATOKEN exchange. The cryptocurrency is intended for online consumers who have concerns about privacy. By eliminating middle men and protecting user data, Gleec Coin (GLEEC) was touted as the best IEO of 2019 by Yahoo Finance.

Gleec Coin bills itself as the world’s first global digital ecosystem powered by blockchain. While the token can be used as a payment method, members of the Gleec Coin ecosystem can enjoy a range of services and products on the platform. Users can buy and sell their wares through the GLEEC market, and transact through GLEEC pay. Blockchain technology is employed from the ledger (GLEEC chain) to the chat feature (GLEEC chat) with privacy at the forefront of the team’s development.

According to the white paper, users of Gleec Coin can be proud of a trifecta of protections. The consumer can share confidential info without fear of being watched, save on third-party payment fees and completely hide who is talking to whom.

Earlier this month, Gleec Coin (GLEEC) released their anticipated Gleec Pay app to much fanfare. In accordance with the company’s roadmap, the app gives merchants the ability to accept Gleec Coin or Bitcoin. Enticingly, the company seems to have a trick up its sleeve, as the following tweet demonstrates.

We are working on something new… Stay Tuned! pic.twitter.com/M086IFaaxq

Ranked number 629 on CoinMarketCap, Gleec Coin (GLEEC) has a market cap of just over US $1.8 Million. There are roughly four million coins in circulation from a total supply just shy of twenty-one million. The strength of this company is shown in it’s 24 hour trading volume currently listed near US $135,000.

Whether Gleec Coin (GLEEC) can hold their gains is yet to be seen. The coin may experience a retracement or two as the market decides how it wants to rebuild. What is known, is that during this most recent blaze, many traders were thankful to have the shelter of this lesser known coin. And I wouldn’t be surprised if the coin were to be treated that way again in the next downturn.