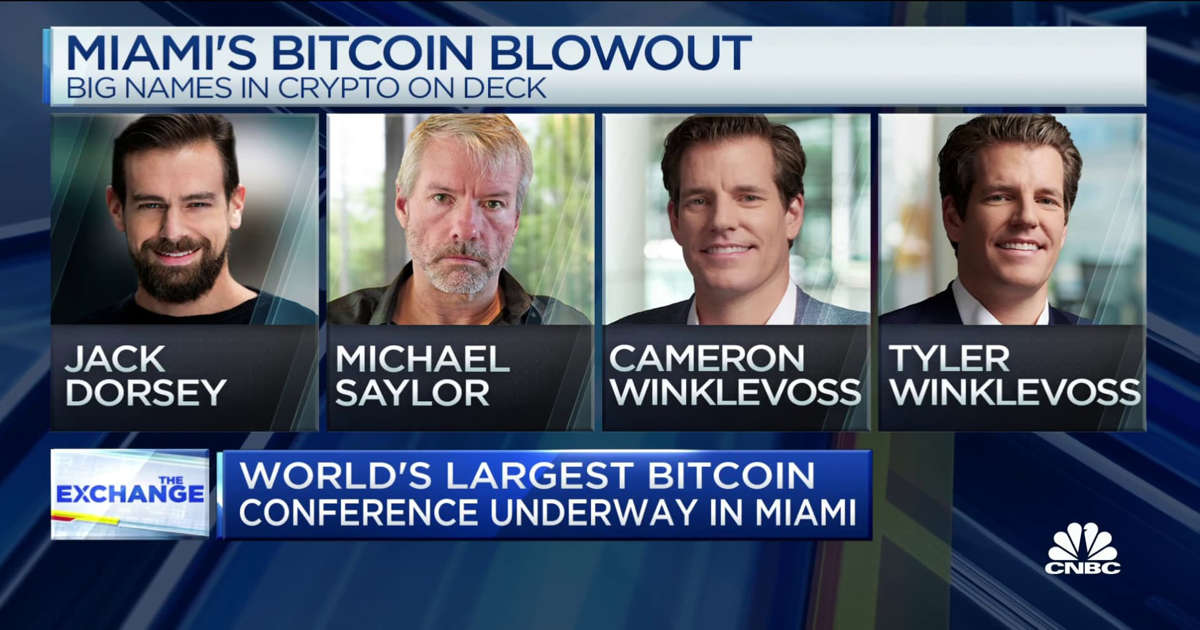 This event had a star-studded lineup that included everyone from Tony Hawk to Floyd Mayweather Jr.

In front of 12,000 attendees, there were also thousands more watching online – the two discussed why they are so bullish on BTC and they also addressed how they got started in the business, their thoughts on recent ESG concerns, and much more.

Relevant quotes from the conference

Business Insider dropped some pretty relevant quotes from the two massive names in the crypto space.

Dorsey said: “For me, bitcoin changes absolutely everything. What I’m drawn to most about it is the ethos, what it represents. The conditions that created it are so rare and so special and so precious and I don’t think there’s anything more important in my lifetime to work on. I don’t think there’s anything more enabling for people around the world.”

Jack Dorsey and Michael Saylor headlined the sold-out #Bitcoin 2021 Miami conference. Here are their 12 best quotes from the event. https://t.co/U1dUp84SRJ

He also said, among other relevant things that “Whatever I can do, whatever my companies can do to make it more accessible to everyone is how I want to spend the rest of my life. If I were not at Square or Twitter I’d be working on bitcoin. If it needed more help than Square and Twitter, I would leave them for bitcoin. But I think both companies have a role to play.”

Michael Saylor also dropped some important statements. Here’s own of them: “Bitcoin is the apex property of the human race. It’s the first time we figured out how to create true property that you can take possession of with full custodial rights that’s least likely to be impaired, that’s most mobile….bitcoin is truly a seminal invention of the human race because for the first time in history we can grant property rights to 8 billion people.”

Head over to the original Business Insider article in order to find more important quotes that the two of them said.

Regarding Bitcoin’s price these days, at the moment of writing this article, BTC is trading in the green and the king coin is priced at $36,088.70.