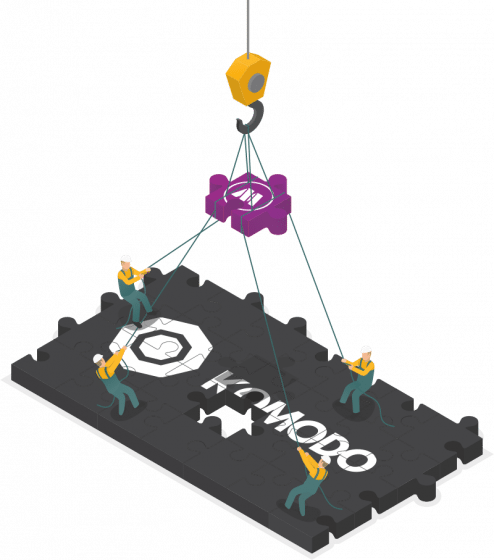 Yesterday we brought news about a market move from Neo based on ProjectICO choosing the Neo blockchain to bring future IPOs to market. Neo has a market cap today at $2.7 billion dollars and sits firmly as the 7th largest cryptocoin by market cap.

Komodo (KMD) has a much smaller market cap at $233 million. Komodo promises to be a block chain interoperable network to allow transactions across coins to help financial institutions bring banking to freelancers, small business owners, and other underserved customers accept and send payments.

Further Komodo is more of a technology company that hopes to help financial institutions create blockchain nets via decentralized Initial Coin Offerings (dICO) similar to NEO. In this area Komodo is already ahead of Neo in that the first dICO is set to hit market soon with Monaize.

Monaize is now teaming up with Komodo for the first dICO to facilitate financial transactions using cryptocurrency. Currently it is delay while working through some front line bugs but the back end database is announced and working stable. Monaize tokens will be offered at 15,000 tokens to 1 Bitcoin at ICO and scheduled to last 30 days. No set date is in place until the front end database and GUI are complete.

This presents two opportunities for investment. First through the Monaize ICO and second through Komodo (KMD). How does the launch of another coin benefit Komodo? During the launch of Monaize 1% of the ICO goes to Komodo for developement. At a scheduled launch of 257 million Monaize this breaks down to 2.57 million Monaize going to Komodo at the ICO price of 15,000 to 1 BTC or 171.33 Bitcoins. At todays market price for Bitcoin that is $1.3 million dollars.

As with any new technology there will be growing pains as we see now with the Monaize launch and the delay from the original launch date of November 10th. So far they are 8 days behind but considering they committed to November 10th over a year ago 8 days seems insignificant as any project can develop delays. With a first mover product like all-in-one dICO launch 8 days seems almost trivial.

There will be another mass Atomic Swaps test dICO. The result will dictate the date for the real @monaizeuk dICO. The issues found in the previous test are being fixed without any roadblocks!

For now Komodo continues working through bugs and seems to be progressing nicely. Investors who are interested should read the (very technical) white papers, check out the board of directors, and do some research on Monaize.

Just spittballing numbers, for Monaize to get into the top 10 market value for cryptocurrency would require a move of 759% from current market value. More reasonable if we see a similar move to Neo yesterday would be the 40% jump on the news of a successful Monaize launch. For now, maybe we can get a bump from Beyonce who seems to endorse Monaize and dICO’s.