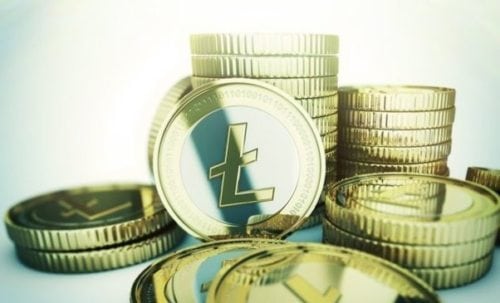 Litecoin is the sixth most popular cryptocurrency in the world right now. It is a fork of bitcoin client with many of the same qualities as the original cryptocurrency but has several upgrades over the latter that allows it to have the extremely fast transfer. The block transaction time is 4 times less. Let us have a detailed look at the Litecoin.

The Litecoin was developed by Charlie Lee, a former Google employee who believed there was a need in the market to be bitcoin’s silver and therefore started working on the project. It was released on GitHub via an open-source client back in 2011. At that time it was just a fork of bitcoin client but the block generation time was reduced to just 2.5 minutes.It used a different hashing algorithm compared to bitcoin that was named Scrypt and it had a different GUI as well. The goal of the Litecoin as inception was simple; offer a cheaper, faster and more liquidity based cryptocurrency to bitcoin that can stand on its own.

Litecoin reached $1 billion market cap as far back as November 2013 so the currency’s acceptance was gaining momentum. It has since seen steady progress and one of the most  unique aspects of the silver coin is that it is used as a primary currency, more often so that anyone else except bitcoin.

It means that Litecoin is used extensively directly from fiat currencies and converted back to fiat currencies which show the robust application of the coin. Most of the other coins like Monero or even Ether are used to convert to back into bitcoin and then you either hold those bitcoins or cash out. Litecoin is purchased directly more often.

The cryptocurrency became the first currency to adopt Segregated Witness protocol. Yes, that is the same protocol that led to the hard fork of the bitcoin. In May 2017, another major upgrade was done on the system that was called Lightning Network. It was touted to be the fastest way to transfer money globally, even extremely small portions of it. To prove a point, 0.00000001 LTC were transferred from Zurich to San Francisco in less than one second. It was quite a remarkable achievement.

Major Differences between Bitcoin and Litecoin

Though Litecoin and Bitcoin are very similar, there are some basic differences as well. Here are they:

The future of Litecoin as a major cryptocurrency was largely affected by the introduction of Bitcoin Cash. Bitcoin Cash was a hard fork of bitcoin operating on older protocol and it had all the features of the bitcoin itself. So, the demand of Litecoins took a hit and soon, it was also being challenged by IOTA and soon the newer currency overtook it. Now Litecoin still has a direct consumer base and that is good. They are the people who only trade in Litecoin and buy it directly from fiat currencies. The numerous advantages of Litecoin over Bitcoin will always be there and therefore, it is safe to say that Litecoin will always have a slice of the pie of the cryptocurrency world.

Sign-Up Now! Be the first to hear about the newest advancements in blockchain technology!

Elliot Roberts
I am an Australian who has also lived in Europe and is currently based in the US. I have a bachelors degree in medical research with first class honours in neuroscience, including the writing of a 170 page thesis, providing me with excellent technical writing skills. As well as scientific papers, I have published blogs on a range of topics including travel, student life, health and medicine, and veganism. I enjoy writing in a range of fields while pursuing my career in health science research. Through Elance and now Upwork, I have created a strong profile and have successfully collaborated with numerous clients on a vast number of diverse projects.