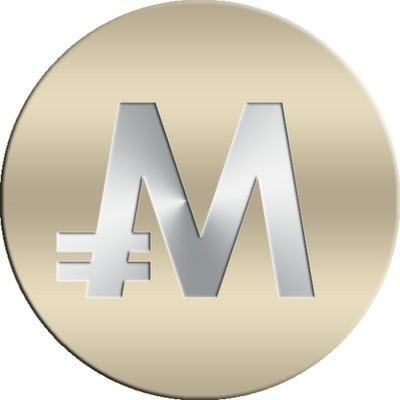 Japan is a leader in the world of technology. The world’s first purpose-built aircraft carrier was built here as was the first all-electronic television. Japan is a world leader in the automotive world with the likes of Toyota and Nissan, electronics with such companies as Toshiba, Yamaha and Canon while Nintendo holds it down in the gaming industry. With the rise of the cyrptocurrency revolution, it was only befitting that Japan jumped in. While Japanese companies have contributed to some digital currencies like Cardano, there hasn’t been an authentically Japanese cryptocurrency until MonaCoin (MONA) was released.Authentically JapaneseThe people of Japan have been known to be fiercely loyal to homemade products. Even with the widespread use of Bitcoin, its popularity in Japan was still way below par which created a huge market gap. Resulting from a fork of Litecoin, Monacoin was released in January, 2014 to fill this gap. It quickly appreciated in value, spurred by the great following in Japan.Another Nakamoto?Bitcoin was developed by the pseudonymous Satoshi Nakamoto, a Japanese name. Coincidentally, Monacoin was also developed by Mr. Watanabe, another Japanese pseudonym but this time it was first introduced in the Japanese internet forum, 2Channel. To tap into the Japanese’ love for games, he introduced the coin as a game whose mission was to find the hashes. Monacoins would serve as the proprietary currency for this game.Regulation perksThe government of Japan opened up new possibilities for cryptocurrencies when it recognized them as legally accepted payment methods. This brought about a new wave of adaption by businesses and institutions which rushed about to get ahead of their competition. With over 100 million citizens, Japan’s market became the biggest battlefront for digital currencies and one of the biggest beneficiaries of this wave was Monacoin. From online stores to physical stores and auction sites, the acceptability of digital currencies was growing by the day and so was the market value of Monacoin.Direct conversionThe popularity of Bitcoin on the world market has been quite detrimental to other currencies. This is because most exchanges require that a user first buy the Bitcoins and then exchange them for other currencies. This raises the demand of Bitcoin even higher and complicates the process for many investors. Monacoin however avoided this by allowing the Japanese to buy Monacoin directly from the Japanese Yen. This simplified process appealed to new entrants in the home market and contributed to Monacoin’s popularity.Clear structureMonacoin uses proof-of-work consensus algorithm where miners verify transactions just like its close relative Litecoin and Bitcoin. The total number of coins to be mined is capped at 105 million, 55 million of which have already been mined. None of these were premined by the developers. The algorithm used is ASIC resistant. This creates a level playing field for everyone as it means that the mining can’t be centralized as even the large miners don’t have an advantage over new inexperienced miners.SegWit pioneerLitecoin and Bitcoin came into the limelight when they implemented the advanced SegWit protocol. Segregated Witness (SegWit) enables for the block size limit of a blockchain to be scaled by the removal of signature data from the transactions in that blockchain. It was Monacoin who first implemented this technology however in April, just before Litecoin. This enables the network to accommodate more transactions and to increase the speed without the delays that used to be the norm in cryptocurency transactions.Investing in MonacoinThe future is bright for Monacoin. The regulation framework by the Japanese government which gave it the same legal acceptability as the Yen was a turning point in its journey. The acceptability by merchants in Japan and other Asian countries has shot up since then and it’s not expected to slow down any time soon. The current market capitalization stands at $397 million with its price standing at just over $7. Its cat meme logo has been the subject of widespread internet humor but this currency is more than just an adorable cat meme.