With news of Monero (XMR) being scheduled to receive a major upgrade on October 24th you would expect the price of the digital coin to surge but unfortunately, this is not what happened during this past couple of days. Instead of having its price go up by a couple of dollars, the exact opposite happened. Monero (XMR) has lots a significant chunk of its value in the last three days and this has become a concern for cryptocurrency traders, especially to those who are looking for short-term investments.

The price of Monero (XMR) slightly increased during the upcoming hours by 5.29% 21:30 UTC and the trading value was $60.845. Things were looking great for the digital coin and it seemed like it was making a comeback until this morning when it dropped once again by 4.30% and the XMR coin is now valued at $58.22. 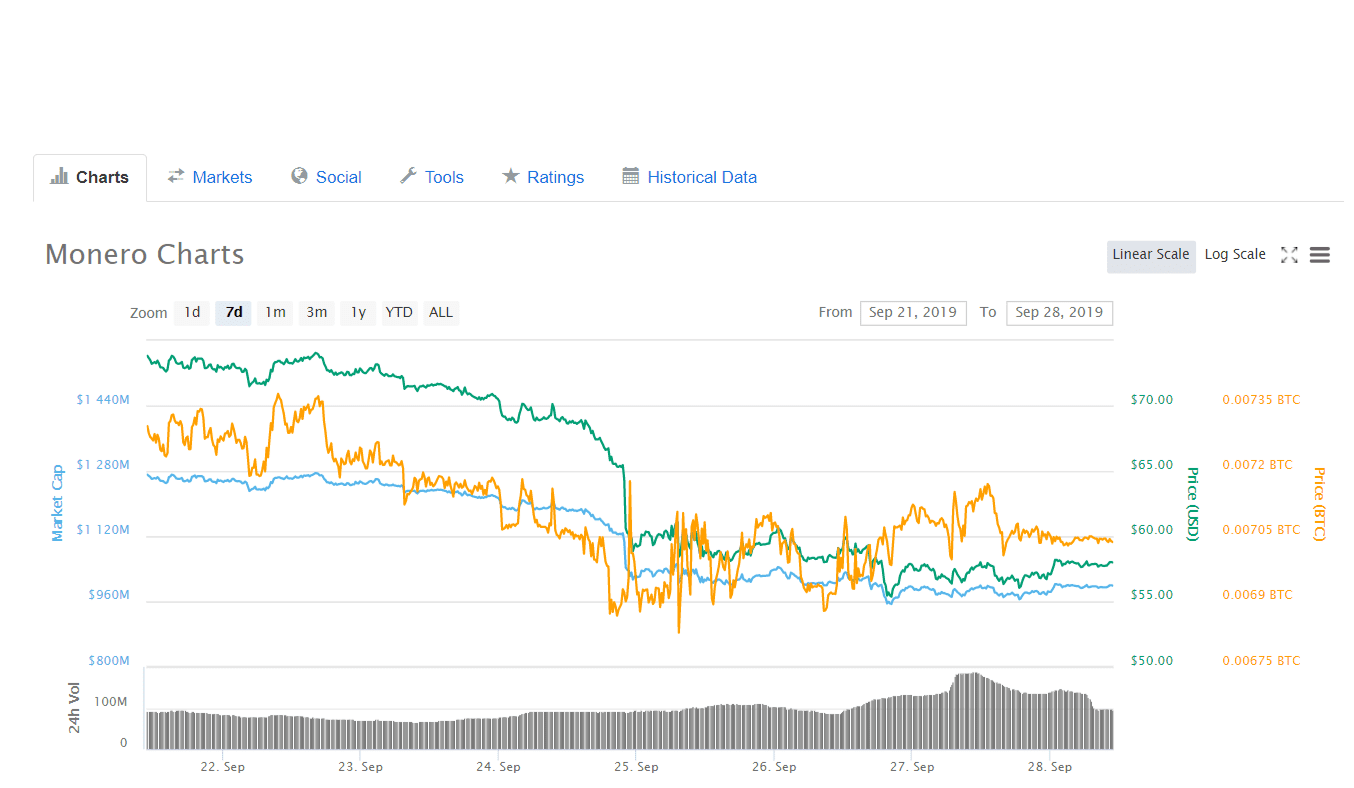 Considering the fact that Monero (XMR) is currently trading in the strong bearish zone, we need to point out that this is an opportunity for potential traders who want to purchase XMR coins because they are probably not going to get a good deal as this one too soon. Although, we have note that investing in Monero (XMR) looking for short-term returns is also risky in this bearish market.