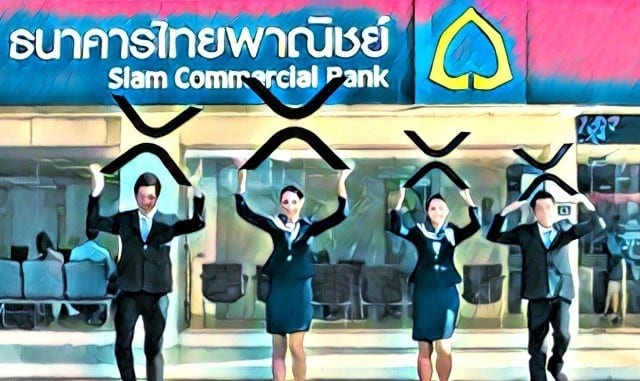 Ripple enthusiasts and the XRP army of fans get confused all over again.

The largest commercial bank in Thailand, the Siam Commercial Bank has hinted once again to the use of XRP or better said, they have eventually confirmed the fact that they will be finally using the digital asset.

The official tweet popped up on June 5 and said that the “XRP system would be announced soon.”

As expected, everyone became excited and rooted for the mainstream adoption of the digital asset.

The SCB has mentioned the potential use of XRP on its Twitter page a while ago as well, and it always said that they would inform users about an XRP acceptance when it will be the case.

Investinblockchain noted that the bank has only been testing a cross-border transfers pilot that’s powered by Ripple.

This reduced the transaction time from days to minutes. They even sent money from Japan to Thailand in a few seconds.

Ripple and XRP both had a fantastic 2019 with lots of adoption and recognition in the crypto space.

The XRP army of fans and Ripple enthusiasts are only waiting to see all the achievements mirrored in the price of XRP. 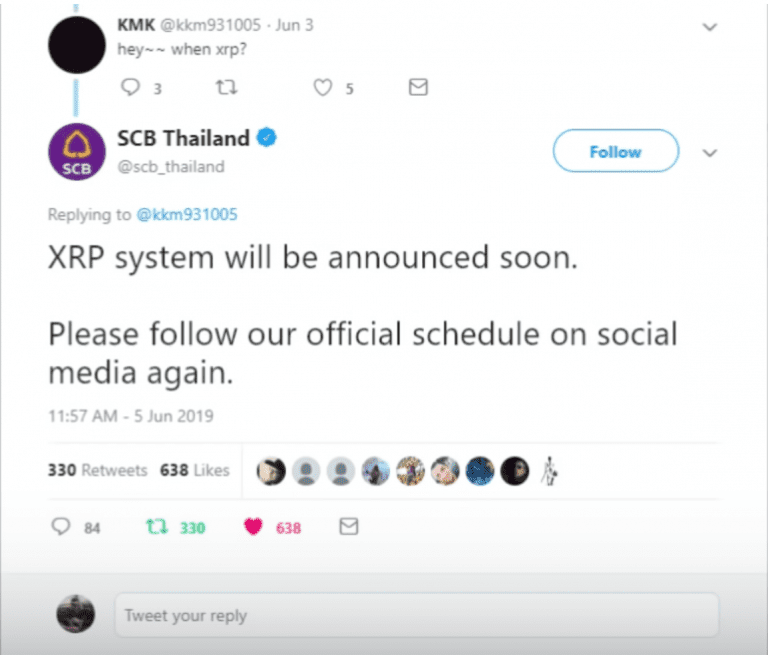 When the celebration was the juiciest, the bank deleted the tweet, leaving people confused.

Anyway, this is not the first time when SCB gets people confused regarding Ripple’s XRP. Back in May, they tweeted something else, and this tweet is still up, as reported by the Daily Hodl.

We will be using Blockchain Technology for ripple but as for XRP, you may have to wait for further announcement.

Anyway, XRP has been seeing a lot of adoption these days with both Ripple and Wietse Wind‘s firm XRPL Labs boosting the coin as much as possible.

But what people are expecting is to see the price of XRP mirroring all these achievements and the ones of Ripple.