Place Bets on the Upcoming US Presidential Election on 1xBit 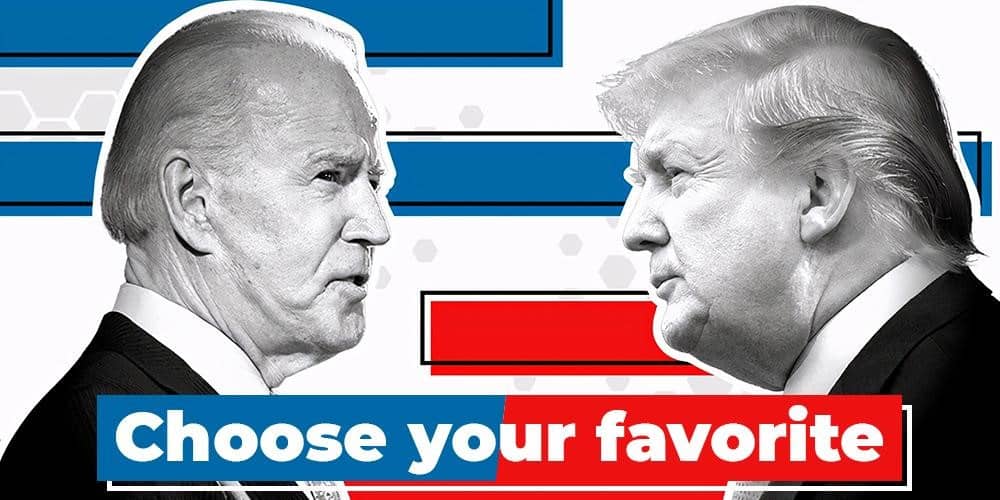 Bitcoin Press Release: With the US presidential election taking place on November 3rd, 2020 industry-leading betting site 1xBit is giving the world the chance to bet on the outcome, and win big.

November 2nd 2020, Limassol, Cyprus – With the U.S presidential election just around the corner, the pressure is mounting on both candidates, sitting president Donald Trump and former Vice President Joe Biden.

Americans (and the world) consider this to be a particularly important election which will determine how the country will fare for the next four years in the face of COVID-19, which has already severely affected the U.S economy in this year.

Some polls have been conducted ahead of the coming election, and some reports say that Biden is ahead of Trump, albeit marginally. For instance, according to a BBC report, Biden scored 51% of the votes in one of the polls, while Trump got 42%.

However if the 2016 election is any guide, polls must be taken with a pinch of salt, and anything can happen in this race. The two candidates are weighed based on their strengths and weaknesses. Trump is also weighed based on his performance in the last four years.

Pros and Cons of the Candidates

For the prospective gambler each candidate can be seen to have their own individual pros and cons. Trump voters would argue that their candidate possesses charisma and strong character, but those against Trump could question his handling of the COVID-19 pandemic and raise the issue of increasing national racial unrest since his appointment in 2016.

Those looking to bet on Joe Biden could argue that he possesses a vast experience in politics, has integrity, and is more compassionate than his counterpart. On the other hand Trump believers would argue that Biden is questionable with expressing his thoughts with clarity, as seen during the presidential debates. Regardless of political views, both candidates are in with a good chance at victory and this one could go down to the wire.

So far, Biden is maintaining the lead in the national presidential polls, which shows that he holds a slender lead across those who have already voted. Biden is also winning in the battleground states, where a large turnout of early voters was recorded. More than 64 million people have already cast their votes ahead of the election, as they vote in a similar manner across states. Currently Biden looks to emerge as the preferred candidate in the national elections.

Bet on Politics with 1xBit

These elections resonated stunningly not only in American society, but also throughout the world.  Measuring the success of a candidate by his popularity in betting is common practice in modern politics, and therefore highly regarded crypto betting platform 1xBit is offering everyone to check out their competitive odds, and take part in this massively important race!

New users get a welcome bonus of up to 7 BTC on sign-up, (which takes only a few minutes) and use more than 20 cryptocurrencies to bet. Anyone can place bets anonymously without revealing any personal details, and winnings can easily be withdrawn to a personal wallet without paying any fee.

As the U.S presidential election day draws closer, anyone can benefit from betting on the outcome on 1xBit. Several bonuses and incentives now await new and existing gamblers on their candidate pick.

Check out the official 1xBit blog for the latest articles – https://1xbit.com/blog/

1xBit is the source of this content. This Press Release is for informational purposes only. Virtual currency is not legal tender, is not backed by the government, and accounts and value balances are not subject to consumer protections. Cryptocurrencies and tokens are extremely volatile. There is no guarantee of a stable value, or of any value at all.

1xBit to Support Luna and UST as Payment Methods

The 5 BTC Tournament by 1xBit is Still In The Game