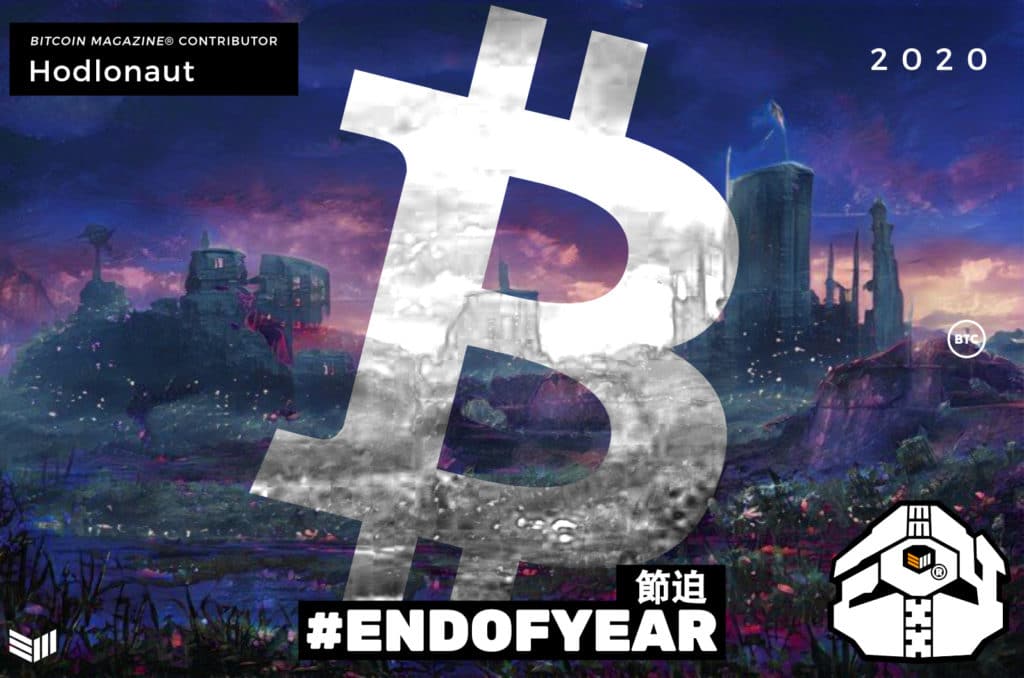 The popular Bitcoin maximalist Hodlonaut recently dropped an important article about the end of 2020 and what 2021 will mean for Bitcoin and BTC hodlers.

“The stage for accelerating Bitcoinization is set to perfection, and 2021 looks likely to be the year when it all explodes into a whole new level of awareness and adoption.”

The space cat addresses everything that’s been going on in the world in 2020 and noted some of the most important for Bitcoin from the past year.

“Bitcoin’s biggest day of 2020 was undoubtedly May 11, block time 630,000. Bitcoin did the opposite of the fiat printing presses and went through its third halving, once again cutting the inflation rate in half,” he says.

He also made sure to bring up the year 2017 and said that this was the year when Bitcoin won in his eyes due to the SegWit upgrade.

“The SegWit upgrade was finally successfully activated, ending a brutal civil war in the Bitcoin community,” he said.

Hodlonaut also said that 2021 would be an even better year for the king coin.

“The stage for accelerating Bitcoinization is set to perfection, and 2021 looks likely to be the year when it all explodes into a whole new level of awareness and adoption. I predict serious FOMO coming in from both retail and institutions in 2021,” he wrote.

We suggest that you check out the complete article that he posted as a quest.

In other news, there are all kinds of bullish predictions about the price of Bitcoin these days.

Raoul Pal drops one himself, and it’s more than bullish, as you’ll see for yourselves.

The Macroeconomics guru revealed what he believes about Bitcoin and says that the king coin will be racing towards $1 million by 2026.