The cryptocurrency market has seen a decline in the past month. Which leaves many wondering whether or not this is a bearish sign for 2020 or just a slight reconsolidating after first quarters bull run. However, the past two weeks have been brutal as world heads toward an economic recession, with stocks and gold tumbling as well. With the crisis going on in the world right now, cryptocurrency could be more useful now than ever before. Top coins like Ethereum (ETH) and Bitcoin (BTC) have been trading sideways for quite some time now, finally pushing back with some upward momentum today.

On the 24 hour we can see that Ethereum (ETH) is slowly heading upwards in price as is Bitcoin (BTC). However, this price of $135 is certainly a ways down from the $270 mark we saw just a little over a month ago. The drop in the price of Ethereum has caused concern for some holders, causing a steep alt coin market sell off. The worst of it seems to be over as the market climbs back up in capital. 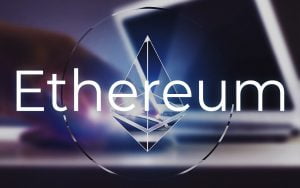 The coronavirus pandemic has spurred interest in a digital dollar that could help with issuing emergency funds. Using the Ethereum blockchain to create a Central Bank Digital Currency (CBDC), Governments look to cryptocurrency as a beneficial addition. The project structure is expected to be open source , allowing anyone a chance to build on it; but a centralized cryptocurrency, many believe, would defeat the whole purpose of what the cryptocurrency community has been fighting though. Although, allowing this platform to run through Ethereum will at least give the digital coin the security and transparency it needs

Earlier this week blockchain data analysis made the observation that the centralization of ETH among top wallets suggest that whales are accumulating. According to the data analysis firm Santiment, this data suggests that the token is undervalued and could therefor be a great mid to long term hold play. However, signs of accumulation do not guarantee parabolic price action in the short term. This means that just because because there was a rise in accumulation, that does not mean we will see a rise in  price immediately; but the data certainly suggests a price rise on the horizon.

A US-based stings agency, Weiss Crypto Ratings, says “ETH is where its at” and even took to Twitter to say that “right now ETH is the main project pushing our industry forward.” This may not be a surprise to many in the crypto space, as Ethereum (ETH) has been a dominant force in the industry. 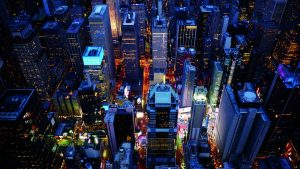 With the obvious correction currently taking place, it could be only a matter of time before bulls push back. Vitalik Buterin, the co-founder of Ethereum took to the stage of ETHLondonUK yesterday to discuss the future of Ethereum in 2020 with the founder of ConsenSys, Joe Lubin. Buterin made clear that new technologies will help scale the Ethereum network. He goes on to say that one technology, sharing, will scale the network by a factor of a hundred or a few hundred. Sharding breaks a network down into smaller parts that can process thousands of transactions. Buterin also stated that Ethereum will have “increased privacy” in the next year. “There’s definitely an ever-growing realization of the need to not have all of your activity be publicly linkable to all of your other activity,” he said.

Ethereum (ETH) is showing clear signs of a bottom and it is likely preparing to reverse higher to new local highs, with some analysts claiming the potential of a 50% rally to rally 360. In. the meantime, the market as a whole is certainly in a tough spot and it could be a matter of months before we this kind of movement. Optimism about Ethereum (ETH) isn’t entirely surprising as more and more data from industry firms have shown that large wallet holders have started to stash up on the cryptocurrency once again and the cryptocurrency market seems to picking up quicker than stocks and gold.