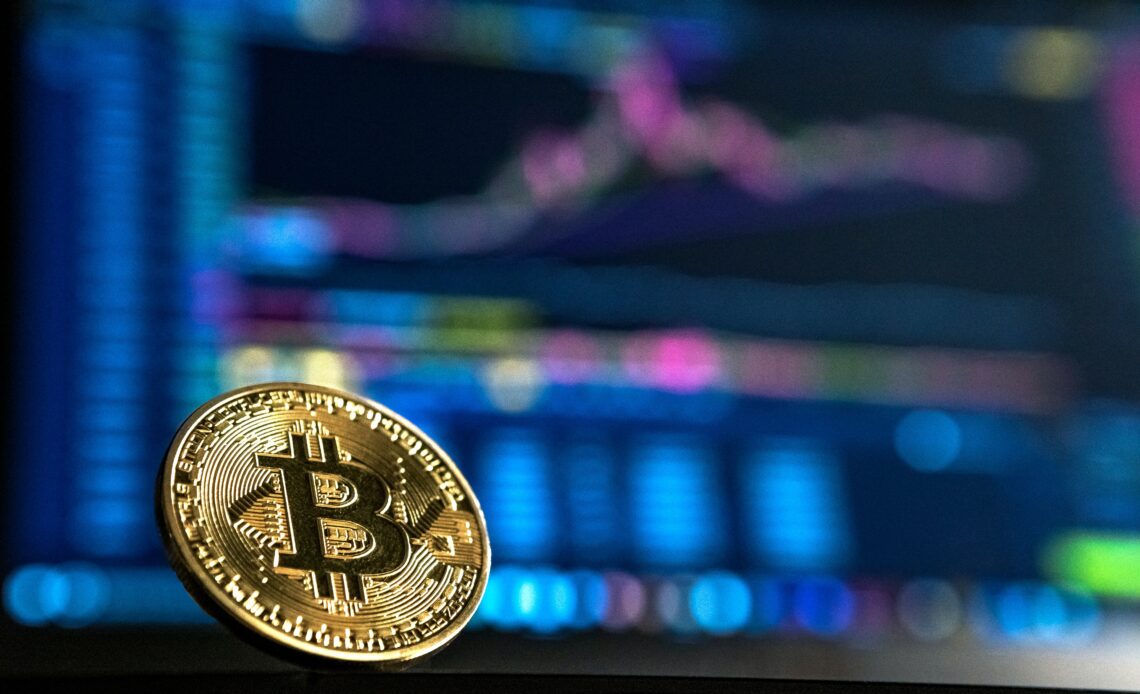 Staysure, the UK’s largest travel insurance provider, has launched the world’s first bitcoin holiday comparison tool to chart the meteoric rise of bitcoin’s value over the past decade.

The UK’s largest provider of travel insurance has launched the world’s first bitcoin holiday timeline. The tool, named ‘My Bitcoin Holiday’ was created to highlight the volatility as well as the drastic rise in the value of 1 Bitcoin over time.

The tool allows users to select any month over the last ten years.  Each month provides the user with a budget (the month close price of 1 BTC converted into GBP) – users are then prompted to build a holiday with their 1 BTC.

To really show people how bitcoin has been growing, users are then promoted to select another date, from which they can then compare the two very different holidays they could have built spending 1 BTC in two different months over the last decade.

For example, a 1 BTC holiday in February 2022 could buy you a drastically different holiday to the kind you could buy in February 2012. At the value of £3.06 in 2012, a 1 BTC holiday could only afford you a visit to one restaurant in the UK. In 2022 however, you’d be having a luxury 5 night stay at the Ritz, with over £1000 pounds to spend on dining out, and a total of over £10,400 spending money. Needless to say, if you were lucky enough to own one bitcoin 10 years ago, the kinds of luxury holidays you could buy now are really remarkable. 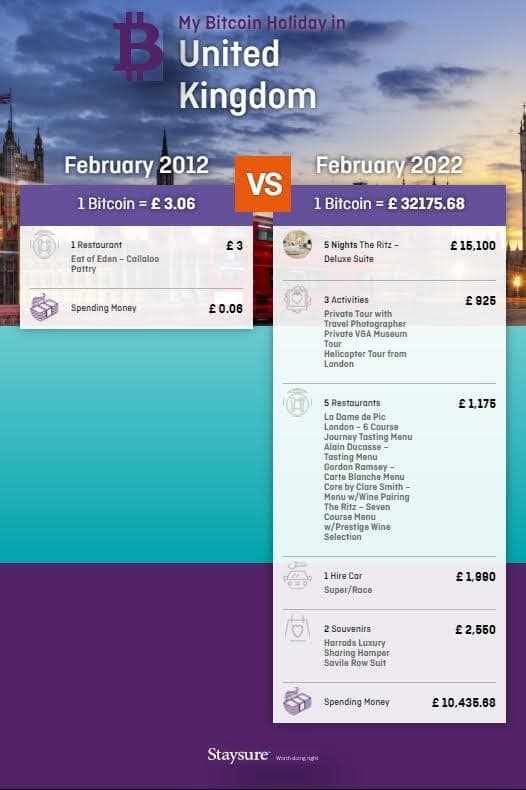 Bitcoin has emerged as a payment option for a range of different applications and platforms and is becoming increasingly mainstream.The launch of the tool is one example of national brands paying attention to traveler’s increased appetite for cryptocurrency payments – a demand which looks set to grow over the next decade.

Staysure are the UKs leading specialist travel insurance provider having been founded in 2004 by British entrepreneur Ryan Howsan. Staysure offer a range of travel insurance products under their Staysure, Avanti and Paying Too Much brands. During the recent pandemic Staysure were the first travel insurance company to offer covid cover to travelers and have provided travel cover for over 8 million people since 2005.