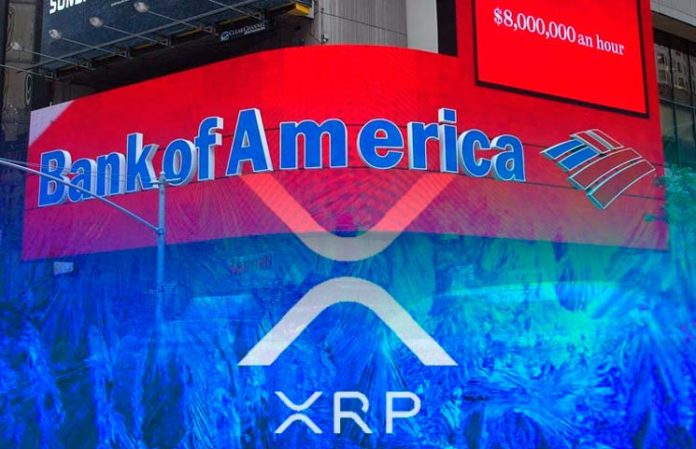 Ripple has been making headlines a lot these days amidst the firm’s efforts to boost the whole XRP ecosystem.

Ripple has been also making massive efforts to boost the price of XRP as well.

As you probably know by now, for a week, XRP’s price simply exploded.

The price exploded by more than 130% in the past seven days.

Bank of America becomes a key player of RippleNet

It’s been just revealed by the online publication the Daily Hodl that Ripplesays that Bank of America is now a leading member of RippleNet.

RippleNet is the umbrella term for the company’s global network of banks and financial institutions.

There’s a newly updated outline of RippleNet that’s been published on the firm’s website and there you can see Ripple featuring Bank of America, Standard Chartered, Santander, MoneyNetint, SBC and Nium as six leading financial institutions in the network.

“The RippleNet Membership is a network of leading financial institutions that partner together to collectively and democratically govern and evolve RippleNet. These institutions work to standardize global cross border transactions…” according to the notes.

The same official notes continue and say that “It creates a community, regionally and globally, where members can learn and share insights and best practices as their use of RippleNet grows, and build new commercial relationships with other members.”

Ripple revealed the partnership with Bank of America back in 2016.

Back in April, Bank of America’s head of global banking, Julie Harris said the following:

“It’s about you as a client and the infrastructure you have and the ability for us to integrate, whether that’s with platforms and capabilities that we built or partnerships that we have with the likes of Ripple or Swift,” she said.

She continued and pointed out: “These are fintechs that we’re partnering with. They’ve come through all of our rigour of legal and compliance, and we’re able to leverage our banking as a platform to deliver that to you.”

back of americarippleripplenetxrp
Previous ArticleBitcoin Breaks $19k And Races Towards A New ATH – A Supply Shock Will Fuel BTC’s Rise To $1 Million, Max Keiser SaysNext ArticlePayPal CEO: Bitcoin And Crypto Utility, On The Rise; Cash Use Declines