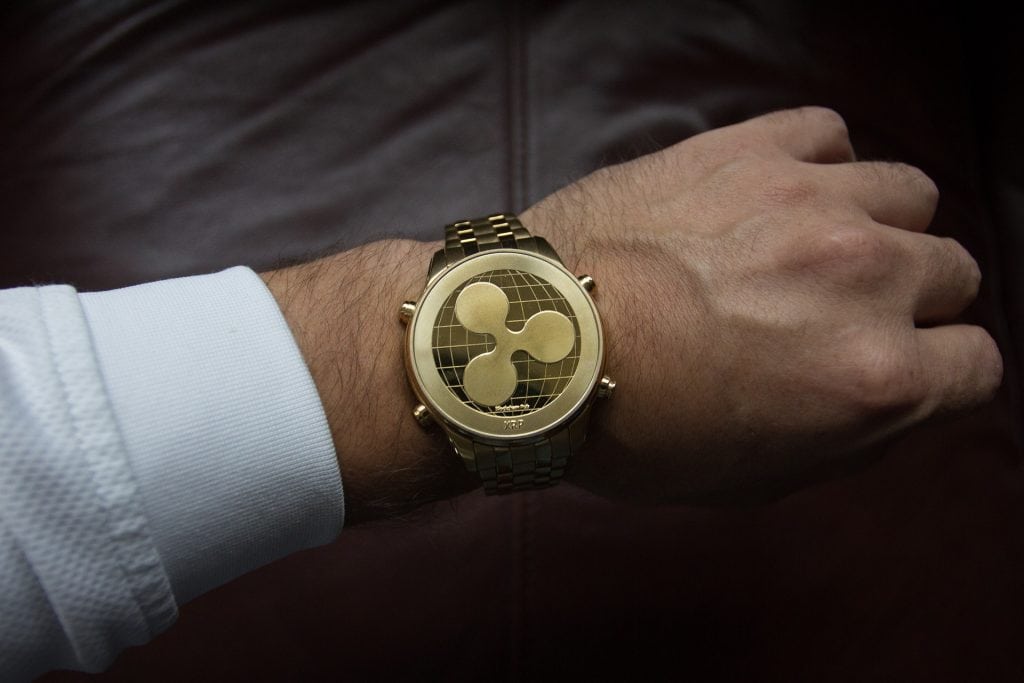 Ripple (XRP)–There is a question plaguing most XRP investors: why is it that massive partnerships like MoneyGram and Western Union, novel use-cases and numerous new exchange adoptions do almost nothing to increase the price of Ripple? If Western Union had announced a pilot program to adopt Bitcoin for cross-border transactions, the price would have shot above 20000 USD in the span of a day. While it’s difficult to compare the two currencies due to their differing coin supplies (100 billion XRP vs 21 million BTC), the valuation of XRP does seem to move slowly relative to the market.

Is the lack of price movement indicative of enthusiasm for Ripple and adoption of XRP, or is there another source for comparison that we can look to?

The Gartner Hype Cycle is a widely used metric for measuring the adoption curvature of technology ranging from 3D printers to the birth of the internet. There is a natural and well-defined “ cycle” that occurs in large-scale, game changing innovation. Successful entrepreneurs and angel investors are able to correctly recognize technologies that are in specific stages of the hype cycle. 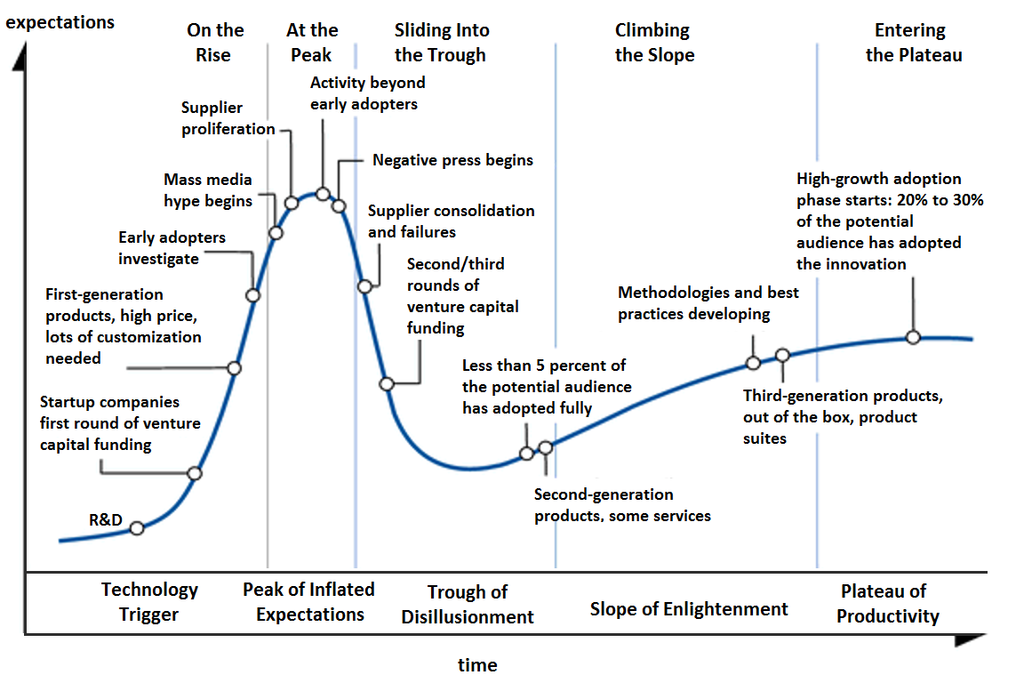 If we were to examine cryptocurrency and Ripple as a microcosm of that greater cycle, the market would line up well with the “Peak of Inflated Expectations” and “Trough of Disillusionment” phase. Late December 2017 was when cryptocurrency hit a fever pitch among long time investors and the general public. Bitcoin was all over the news and cryptocurrency was being hailed as the next big thing in technology–or at least an impressive alternative to stock market investing. The market bloated to three times the value it held just months earlier, with many coins in the top 20 posting higher market capitalizations than some of the world’s largest banks. It was the perfect storm for an overbought/overvalued marketplace, and the stunning decline that followed was equally impressive. Ripple, in particular, fell from an all time high of 3.80 USD to 0.65 USD in the span of a month, constituting a decrease in value of 83%. The period that has followed, kicked off with the start of “negative press,” characterizes Ripple and cryptocurrency sliding into market disillusionment.

The Road to Ripple Disruption

Peter Diamandis, in his book Bold, delineates six phases of exponential technological development that also happens to coincide nicely with the Gartner Hype Cycle. The first three phases, of which are the most important, involve Digitizing, Deception, and Disruption. Because of the inherent nature of crypto, digitizing has long been accomplished. However, we can think of the emergence of cryptocurrency as digitizing money–not just in the sense of debit or online transactions–but a currency that utilizes the power of computers and the internet. Deception is one of the trickiest phases to predict and understand. Deception occurs over a long period of time, during which excitement for the technology can fade and projects are often declared dead.

Similar to the disillusionment period of the Hype Cycle, there is often a “depression” phase between deception and disruption, where it can take decades for a technology to really take off. The idea of the internet started with ARPANET in the 1960s but did not become the usable form we know today until the 1990s. Even then, the exponential takeoff phase began with Marc Andreessen creating Mosaic, a usable web-browser that allowed less tech-savvy individuals to use the internet. Today it would be laughable to hear someone declare the internet “dead” (or some early conception of global computer networking), but the thirty year stagnation between ARPANET and Mosaic paints a different picture.

Likewise, cryptocurrency is entrenched in the deception phase, as most of the world struggles to conceive of the use for blockchain and the derived technologies. Ripple is a perfect manifestation of an emerging technology seeking disruption–in the form of a trillion dollar banking and money transfer industry. Following Peter Thiel’s rule for disrupting technologies, Ripple is over 10x more effective and efficient than its closest competitor. While it may seem that the currency is stagnating in terms of valuation, the steady increase in adoption and growing real world use-cases indicates a technology moving through the deception phase. When it comes time for disruption, exponential technologies work like dominoes: one block finally gives way to create a flood of change.

Diamandis prioritizes finding technologies that are able to demonstrate simplistic user-interfaces as the key component for pre-launching into the disruption phase (and subsequently moving out of the disillusionment cycle)–thereby becoming a world-changing technology, “Reading an exponential curve like a road map, experts watch for a number of indicators…but for me, the most important telltale factor is the development of a simple and elegant user interface–a gateway of effortless interaction that plucks a technology from the hands of the geeks and deposits it with the entrepreneurs.” The concept for 3D printers has been around for decades, but it wasn’t until printers became simple enough for people to use in their homes that technology hit critical mass application for what we are seeing today. The reason is straightforward: simple interface = more people using the product = exponential marketing = exponential results and novel use cases. One person could not have thought of all the ways we use the internet today. Not even a thousand people. But a couple hundred thousand could come close. Now imagine what a 7 billion person population could come up with.

Ripple is still in the adoption phase and the transition to application by the masses. There are several steps to go to increase the usability and intuitiveness of the currency. The first is ease of purchase. Until an app as seamless and simple as Coinbase comes along, Ripple still has a barrier of entry. Buying and trading XRP should be as simple as shopping on Amazon. With more people gaining access to XRP, the use of the currency becomes a high priority for developers. While Ripple may be targeting big banks and billion-dollar money transfer firms, it’s the small teams of developers that will really cause the currency to takeoff. Bitcoin may have the media’s attention and household name recognition, but the utility of XRP is undeniable. Transactions that take under 5 seconds. Non-existent fees. These are the the qualities that developers are going to value when looking to integrate cryptocurrency into their platforms.

Even if Ripple valuation does not match the steady stream of positive news and adoption, XRP is a cryptocurrency just now hitting its stride en route to widespread disruption.