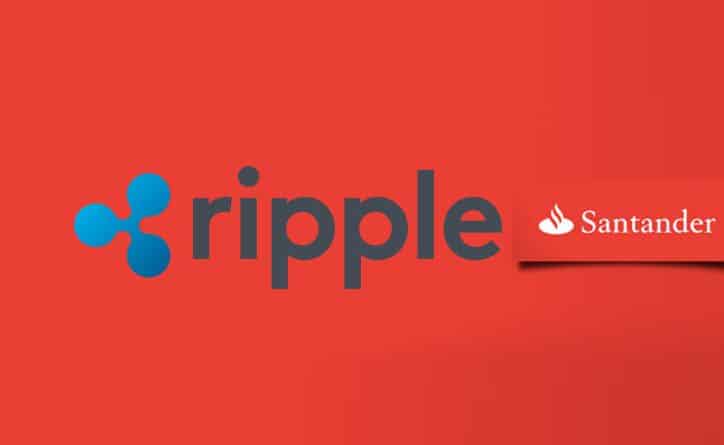 Ripple has been making efforts to expand the use of its products and also to boost the whole XRP ecosystem.

A boost in the price of the digital asset XRP is expected as well, and more experts have said that a potential rally is around the corner for the altcoin.

Santander just said that it would soon expand the use of Ripple’s cross-border payments platform.

In a recent conference that has been held by the Institute of International and European Affairs, the managing director of digital investment banking at Santander, John Whelan, addressed the company’s efforts in the blockchain industry.

According to what he had to say, the company will bring its Ripple-powered payments platform called One Pay FX to all 10 of its main corridors in the near future.

“We actually have a blockchain-based international payments system that’s running on four of our corridors: Brazil, Mexico, UK, Spain. It’ll be on all 10 soon. Instant transfers at very, very tight spreads: 30 basis points,” he said.

He continued and said: “It’s a nice user experience. I use it myself. I sent money to the United States. It’s available on the same-day. Fantastic, and at a guaranteed rate.”

It also seems that XRP is not involved yet.

We recommend that you check out the video above in order to learn more.

Ripple expands efforts to boost the development and adoption of XRP

Ethan Beard, who runs Ripple’s fundraising and development arm, Xpring, says the company has released a new SDK designed to make it easier for engineers to build on the XRP Ledger.

“We recently released a new SDK, the Xpring SDK. Previously, a developer would have to write 100 lines of Javascript, for example, in order to actually just do a simple transaction on the XRP Ledger,” he said.