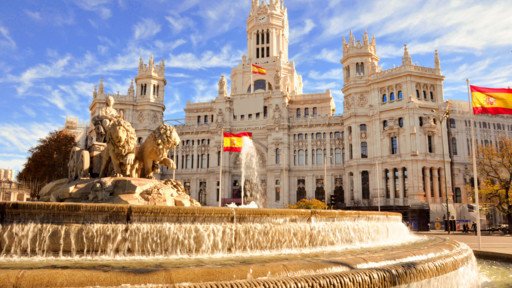 Many things have changed throughout the past few decades, but the transformation of the financial industry is certainly absolutely unprecedented. The sector changed itself to the very core, turning its own principles upside down while switching to newer, more modern, convenient and smooth financial instruments.

The modern world is solely dependent on this novelty in technology. Not many realize but the fact that every commercial bank comes with its own, well-developed mobile application and a web platform would have been unimaginable just a decade ago. More so, an ever-increasing number of people around the world, including in rural and underdeveloped areas have access to the internet. This makes all of us more connected than ever before – despite the distance and time differences.

There is even a completely different branch of the financial sector – fintech. It is a niche, indicating the growing merge of the financial and technological spheres in the modern world. Contrary to the popular belief, fintech actually is not even that new. The first appearance could be indicated in the 1950s as the first credit card was launched in the United States. Yet, the new technology was not an immediate success. It would take the concept of cashless payments decades to go mainstream around the world.

Nevertheless, the 1990s became the era of credit cards and transatlantic jet travel. From that point onwards, cashless payments emerged and might soon even become the primary means of financial transactions. Some nations like Sweden are leading the way in this regard as the Nordic nation is set to become the first almost completely cashless society.

Cryptos: the matter of legality

In modern reality, not many people thought that something more innovative and out of this world could appear on the market. The contrary happened in 2009 when the world’s first decentralized digital currency – Bitcoin was introduced. It is a blockchain-based virtual currency, just like others that followed its footsteps later on.

The public opinion on cryptos was and remains quite diverse to date. Many love them for being reliable and safe while giving an opportunity to keep transactions anonymous. On the other hand, many criticize it for unreliability in terms of price and potential criminal use. The latter has been a subject of discussion for quite some time now as many suspicious transactions were brought to the spotlight in recent years.

Cryptos are used in a diverse range of industries these days. It provides safe, convenient and smooth transactions without extra fees. Moreover, the important part is that such transactions can be made in a matter of seconds from one part of the globe to another. This feature makes it particularly attractive for some businesses.

A good example is the gambling industry which now is a significant user of cryptos. The Nordic nation of Finland and its digital gambling platforms are utilizing this potential particularly well. The country of just over 5 million citizens has now more people searching for netticasinot, which translates as online casinos, than for physical ones. It is natural as an increasing number of people prefer playing their favorite games without having to leave the house.

Yet, the biggest problem for many crypto enthusiasts globally is its legal status. Cryptocurrencies are still not fully implemented in many industries while the vast majority of national legislations still do not recognize them as a means of payment in any way.

Spain is one of the best examples of how virtual currencies can successfully be implemented into national law. Transactions with cryptocurrencies are normally taxed and regulated. Yet, the national government refused to take a step back on taxation despite the currently ongoing COVID-19 outbreak.

At this point, Spain is the world’s second most affected nation with over 110,000 cases confirmed. The number is changing each and every day and is forecasted to keep growing in the foreseeable future. Meanwhile, many of the nation’s crypto traders face taxation notices amid the global pandemic.

The Agencia Estatal de Administración Tributaria (AEAT) is the Spanish tax authority which will send roughly 66,000 notices to crypto traders from April 1 to June 30. This means that around 14,000 will be noticed each and every month.

This is the second year for the Spanish authority to send notices to thousands across the nation. Spain taxes crypto traders and all trading operations performed with digital currencies under capital gains tax laws and the rate ranges from the minimum of 19% up to 23%.

Cryptos have been taxed in Spain from the year 2015 when they were recognized as a means of payment. The nation has been said to be one of the best examples for others to follow. This recognition brought lots of benefits for Spain’s crypto traders, yet, the taxation process is not expected to be stopped even by a global pandemic.

Besides, the Spanish authority will send notifications to those who have not reported their financial data within a certain period of time. The body receives data on crypto traders from over 60 different high authority platforms and gathers the information by itself.

Many experts have said that the straightforward approach to taxation can be detrimental to the crypto market. Many traders and brokers are expected to file bankruptcy amid the aftermath of the pandemic. Under such circumstances, the Spanish authority’s steps might have a significant impact on the industry as a whole.