How to Get People Spending Ripple (XRP), Bitcoin and Other Cryptocurrencies 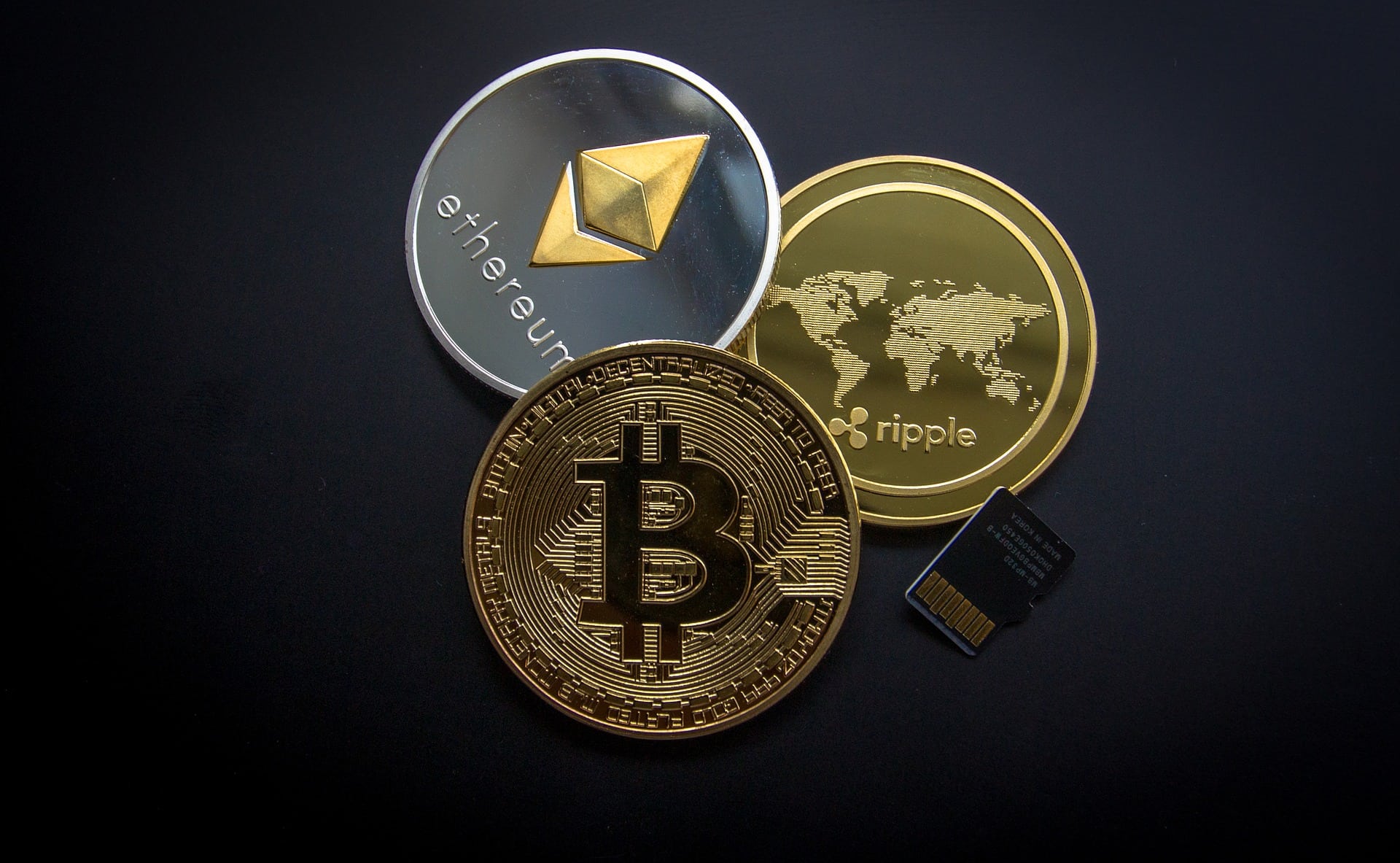 Ripple (XRP), Bitcoin (BTC)–Deflationary currencies, like most of the coins in crypto, all suffer from the same occurrence: people are reluctant to spend them. Charles Wheelan, in Naked Money, outlines the systemic economic depression that comes from a country experiencing deflation–an outlier occurrence in our world of inflationary government fiat. Japan suffered from deflation for most of the last three decades, leading to economic stagnation and billions of dollars in growth left on the table. On a microeconomics level, cryptocurrencies represent deflationary currencies that are going to have a difficult time replacing traditional, inflationary-prone fiat.

Difficult to Loan, Even Harder to Pay Back

Consider a bank loan. You borrow one hundred bitcoin to pay for a house. Over the course of a year, the price of the Bitcoin you originally bought the loan at (let’s say 10K USD), is now worth twice as much (20K USD). You have a job that pays you a steady amount in BTC, but, while that amount has appreciated relative to another currency–in this case U.S. dollars–you are going to be paid less BTC. Why? Because the pricing landscaped has changed. Now you have a loan that has doubled in value in your currency of choice while your ability to repay the loan has decreased.

The same thing happens when people go to spend a deflationary currency. On one hand, you have a reluctance to spend on smaller purchases given the fluctuating price of the currency. If you buy a 5 USD sandwich today that’s worth 10 USD a month from now, you are losing money on every transaction. Bigger purchases, such as the aforementioned mortgage or buying a car, have a more obvious effect. If you want to buy a 3000 USD TV in Bitcoin, you are better off waiting a few months for your currency to appreciate before making the purchase. That’s not how good economies should operate. Instead, they require the frequent and steady injection of currency through regular commerce.

We have argued before that Bitcoin should be thought of as an asset class, similar to gold, that exists as a usable form of currency but not as its primary function. Imagine if gold and other precious metals or appreciating assets could be spent as easily as a debit card. Combine that with blockchain, fractionation (i.e. it’s difficulty to break up a gold bar into one-millionth parts), and the ability to carry an unlimited amount of dollars in a phone that fits into your pocket. That’s a huge utility. Even if cryptocurrency never takes off as a source of transaction, the world now has a currency that can operate across borders, internationally, and without the intervention of government regulation. In the same way that the Arab Spring relied upon Twitter and online communication as a way to subvert government oppression, cryptocurrency will become a way for citizens to subvert the rules of oppressive nations. That’s not to say avoiding taxes or conducting illegal transactions. Instead, it allows a citizen to opt-out of their governments fiscal policies and money-handling. It’s difficult for developed, Western countries to appreciate the significance of this option. But in a country like Venezuela, where the annual rate of inflation is closing in on 4000%, or in Zimbabwe, where they unabashedly print trillion dollar bank notes, the ability to exchange income into a more stable and portable form of currency is invaluable.

But that still leaves us with the issue of increasing the spending of deflationary currencies.

The recent bear market is not simply the result of an overvalued landscape–it’s the product of an industry struggling to find usefulness. Most CEOs and financial field figures have commented on the revolutionary technology of blockchain, but cryptocurrency is left wanting.

The main issue with crypto is one of intrinsic value: because few people are spending the currencies in the way they were designed, most of the value of owning Ripple, Bitcoin, etc. is in the speculative pricing on exchanges. Spending crypto is good for the entire industry. It gives the currency intrinsic value (i.e. it can be used in the purchase of real-world goods instead of being propped up by price speculation). It also “spreads the wealth” across the population. There is a significant problem with nearly all cryptos: a massive concentration of wealth in a disproportionately small number of wallets. There might be some people saying, so what? Wealth disparity is a common feature of capitalism and a free market. But cryptocurrency is a little different. The people with high concentrations of currencies are risks to the market as a whole. They can manipulate the price at will. They can artificially suppress the price or tank it all together with a massive selloff.

It’s better for the market and the usability of crypto if coins circulate widely and in more individual wallets because of the increased liquidity. The more people who hold Bitcoin, the more possibility there is for trade and market commerce. Satoshi fractionation increases the liquidity, but not to the same extent as greater coin circulation. Greater distribution also helps the perception of cryptocurrency. The general public and media is always going to feel a level of repulsion entering a market where a handful of individuals hold hundreds of thousands of BTC while the rest of the market struggles to own even 0.1 BTC. So greater circulation, through direct commerce and goods exchange, frees up more coins for circulation and liquidity in the market while also shifting away the potentially dangerous concentration of wealth in the industry. Cryptocurrency may benefit from decentralization, but it’s still possible for a handful of individuals to hijack the price of a currency through market forces.

Steps to Spending and Circulation

The first step is greater access for spending cryptocurrency. Bitcoin integration on Amazon, EBay and other large commerce websites is going to mark a huge shift and step forward for the industry as a whole. People now have a reason to spend their coins despite the potential loss in future appreciation: they can theoretically avoid paying capital gains. There is going to be some attempt at regulation to subvert this, but that will likely fall on the seller or the last person to cash out. Entire markets dealing only in cryptocurrency are going to be difficult to track and regulate (think Silk Road but less illegal), which could make regulation an all together unsuccessful approach.

The second step, once the avenue for spending is in place, becomes offering incentives to encourage the spending of cryptocurrency. This relies upon the assumption that crypto prices will continue to appreciate–a claim that seems likely given the fact that adoption in the industry has only just begun. If the price of Bitcoin continues to climb, sellers need to be compelled to spend the currency. This could equate to discounts for those who choose to use crypto, i.e. a 2% savings on Bitcoin transactions or other implementations. Of course there will be people that attempt to game the system by converting fiat to crypto for the sole purpose of getting the savings, but the industry benefits in such a situation. The whole point is to increase the volume of transaction in the marketplace and give people a reason to buy and sell crypto outside of price speculation.

The next step is to make sure that cryptocurrency continues to position itself as a usable currency. Bitcoin is in a tough spot right now for transactions. In addition to the barrier of spending deflationary currencies, Bitcoin suffers from high fees (something debit card users in the United States don’t even have) and slow transaction speeds. These are going to prove to be a killer to any implementation of BTC in a major commerce site like Amazon, and have already started to cause deterioration of Bitcoin partnerships. Lightning Network is a promising feature that would be perfect for frequent payment channels like Amazon (or Starbucks?) that could significantly improve the utility of Bitcoin as a payment source. If Bitcoin, Ripple and the rest want to be seen as legitimate currencies as opposed to just appreciating assets–which are also not easily transacted or used for payment–they need to commit to functioning like money. Having slow and costly transactions is antithetical to currency adoption and gives the public and media a reason to spread uncertainty about the future of crypto. We can’t get lost in the price increases and profits being made on speculation alone. The industry has to continue improving, increasing adoption, and improving utility in order to have a place in the future of money.

It starts with increased spending.