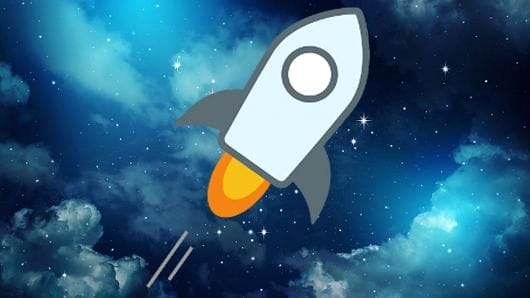 The crypto-verse was shocked when a team of researchers from the National University of Singapore (NUS), Singapore’s Yale-NUS College and the UK’s University College London (UCL), discovered vulnerabilities in Ethereum (ETH) smart contracts. Of particular interest to the team was how one individual caused the indefinite lock-down of over $200 Million dollars worth of Ethereum (ETH) on the Parity Project blockchain. It is such incidences that make many ICOs to look for alternatives moving forward. This is where Stellar (XLM) comes in with its own different version of smart contracts.

The way technology works is that once one type of groundbreaking tech is released, it works well until a problem is discovered in it. Sometimes the bugs or defects are discovered by mistake as is the case of the Parity debacle. Another way would be how the above mentioned researchers went all out and downloaded 970,898 live smart contracts and tested them for vulnerabilities and even wrote a wonderful paper about it.

Out of these almost 1 million smart contracts, 34,200 were found to being vulnerable with 2,365 of them being highlighted for higher vulnerabilities. 3,759 were chosen to test for proof positive results. They found the vulnerabilities within 10 seconds of testing each time. This kind of discovery is one to make any team of an ICO project to reconsider using the Ethereum platform for its smart contracts can be killed as is the case of Parity, or manipulated in a manner where funds are diverted to anonymous addresses owned by hackers.

Stellar (XLM) smart contracts on the other hand are expressive but have limits and are less flexible than Ethereum (ETH) smart contracts. This allows them to be less accessible to hackers. A Stellar Smart Contract (SSC) is expressed as compositions of transactions that are connected and executed using various constraints implemented by the coder. Such constraints include: multisignature, batching/atomicity, sequence and time bounds.

Multisignature is the concept of requiring signatures of multiple parties to sign transactions stemming from an account. This means that the Parity incident could have been avoided if there was a safeguard for a second party to verify what was being done.

Batching or Atomicity is the concept of including multiple operations in one transaction. Atomicity is the guarantee that given a series of operations, upon submission to the network if one operation fails, all operation in the transaction fails. Sequencing involves utilizing sequence numbers in transaction manipulation. This guarantees that specific transactions do not succeed if an alternative transaction is submitted. Regarding time bounds, this is pretty match putting in place count downs for transactions. If they do not happen within a set time period, they become null and void.

All these constraints are achieved when all parties involved in the smart contact design, sit down and clearly outline the purpose of the contract. They cooperatate and deliberate on the desired outcome of what they are hoping to achieve. They then set the conditions for the contracts and their outcomes using the four outlined methods.

One ICO that has used the Stellar Smart Contracts, is Mobius which closes the gap between the internet world and blockchain world through innovative and simple protocols that introduce new standards of cross-blockchain login, payment, governance and gazettes.

One possible scenario of when more and more ICOs start preferring the Stellar Smart Contrats over the traditional Ethereum contracts, is the rise in value of the coin. We were all witnesses of the meteoritic rise of the price of Ethereum in 2017. On January 1st 2017, Ethereum was valued at $8.26. By December 31st it was valued at $759, a 9,088% price increase. Employing a similar rise in value over the current value of Stellar (XLM) results in a projection of $23.81 by the same date as today next year.