The Legal History of Crypto Betting in the USA 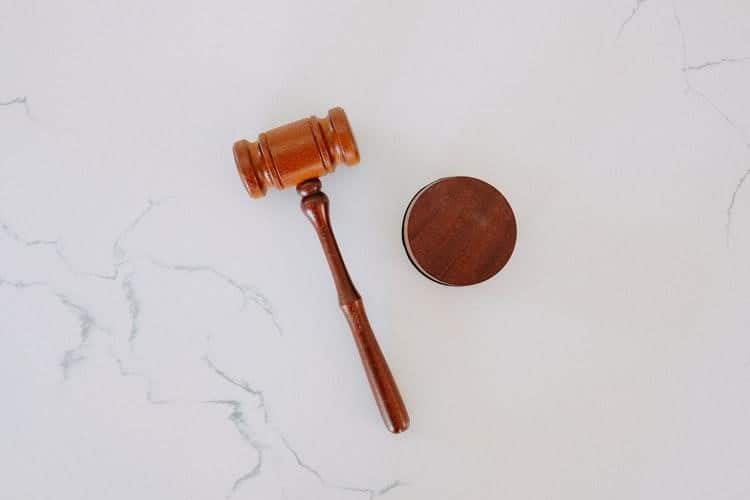 An unexpected wave of innovation has swept through the gaming industry, uniquely combining traditional and modern approaches. The most significant of these advancements is a decentralized payment process that makes betting more accessible and more realistic than before.  The fact that internet gambling has some legal questions in some states does not stop punters from placing bets at cryptocurrency betting companies.

A lot has changed since crypto betting first came on board. Still, there are a lot of changes that we are yet to see. However, with the extent cryptocurrencies have affected the world’s dealings, it is essential to note the history of these currencies. It is necessary to have background information on its evolution, especially in the gambling world.  This article shall explore the legal history of cryptocurrencies in the gambling industry. Also, you can take a look at the best legal complaint crypto gambling sites at CryptoBetting.

The gaming industry had been in operation for several years before the introduction of cryptocurrency into the market. Therefore, many people tried to predict if punters will use the currency later in the future. Some didn’t see it as something to dwell on; others took advantage of it.

At its launch in April 2012, SatoshiDice had a sizable amount of the bitcoin gambling market, and with this, players placed thousands of bitcoin wagers on the platform. Due to its lower rate, there was a significant rise in the site’s traffic.

Slowly, players started to recognize SatoshiDice’s bitcoin game, and it became trendy. With this, the site’s founder also established FeedZeBirds, a bitcoin advertising platform on Twitter, which helped attract more. By 2013, the site had taken more than $429 and 3.6 million bitcoins with 4.6 million bets.

Unfortunately, in 2013, the enterprise came to a grinding halt when the Securities and Exchange Commission of the United States filed a lawsuit. The suit was against a co-owner for soliciting for share subscriptions without a license from the SEC. This caused issues for both the corporation and SatoshiDice.

As a result, the company decided to restrict access to the site for users in the United States. The restriction caused the company a period of hardship, but it eventually successfully dismissed the charges against it. However, it was in exchange for the payment of a fine for more than $50,000. In July 2013, The SatoshiDice was eventually sold for $11.5 million, with all outstanding amounts, and returned all outstanding balances to players.

Buying the legendary SatoshiDice and its intriguing dice game caused many businesses to take a look at cryptocurrency. The bitcoin dice game had impacted them and created the possibility of something new. As such, companies in the gambling sector had to review bitcoin.

Gamblers instantly demanded a successor for SatoshiDice’s goods and even more than just dice. In other words, this opened the way for the creation and experimentation of different types of gambling.

Most significantly, entrepreneurs began to consider potential errors they could avoid in their businesses. SatoshiDice was just a part of the bitcoin network at the time; therefore, it didn’t accept any other cryptos. The process made the system centralized. All of this encouraged the idea of using a decentralized cryptocurrency payment system like Ethereum.

Ethereum is a platform that uses its decentralized application systems (dapps) to power its blockchain. The blockchain allows for maximum security and anonymity. Apart from that, all programs built or running on the Ethereum blockchain network are supplemented with smart contracts. The contracts connect every chain of planned contractual commands to thousands of machines all over the internet. For betting companies that use the blockchain network, this makes the system more stable.

New crypto-only betting sites rose as systems and strived to deliver regulated gambling services to punters across Europe. In addition, to stay on top of the innovations and payment methods game, other established gambling sites began to accept crypto bets. Crypto bets were in addition to fiat money (GBP, USD, EUR, CAD, etc.). They were also mainly on the Ethereum network, resulting in a more decentralized betting operation. According to Wikipedia, Etheruem is still the most widely used blockchain globally, thanks to its significant part in the betting sector.

Top crypto bookmakers now provide players with a different selection of crypto coins for use in gambling. It is a payment option, but it has also become necessary for players to experiment with various other currencies while they play. The concept has prompted players to look into other cryptocurrencies that they can use for betting and trading purposes.  The result is that betting sites such as FortuneJack, continue to introduce new ways for people to experiment with cryptocurrency betting.

In essence, punters will need to open an account, typically on an exchange that accepts any blockchain network. After this, they fund their wallets and then begin gambling. If a betting site chooses to use the Ethereum platform, its offerings will be decentralized on this network. In other words, players will have to interact with the actual blockchain to participate. When interacting with the blockchain, block confirmation is frequently performed, typically taking only a few seconds to complete. This confirmation increases the security of transactions, which makes the blockchain a much more transparent place to conduct business.

We’ve outlined the various history of cryptocurrency betting from its beginnings to the present day. As innovations emerge in the blockchain network,  the industry must constantly reinvent itself to keep up with the times. Recognizing the importance of it, many sportsbooks today provide players with a variety of cryptocurrency banking options. This makes it possible for them to continue to wager at the level at which they operate.

With this new form of betting, gamblers feel more relaxed as they go about their business. With their everyday advancement, cryptocurrencies are going global and are sure to overtake several means of payment.

The Crypto Market Gets Out Of Bearish Territory - Here's Why