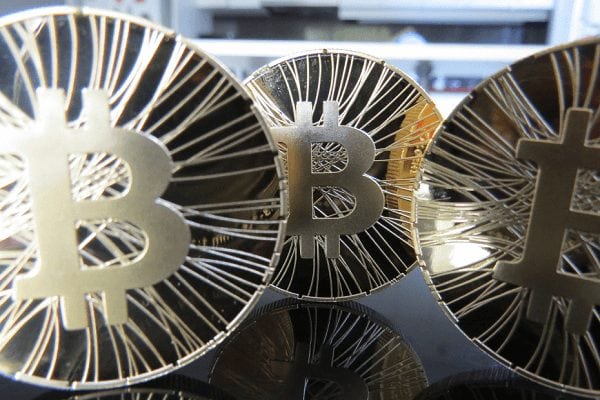 Bitcoin Investment Trust(OTCMKTS:GBTC) has seen a spectacular move along with the historic rise of bitcoin in recent weeks topping $565 a share last week before a small recent pullback to the low $4s.

Bitcoin is the crypto currencty that started at less than a penny that has skyrocketed in recent years hitting an an all-time high on May 24 of $2.791.69. The 19% pullback last week wiped $4 billion off the total market valuation of Bitcoin which is nearing the $40 billion mark. Many analysts are calling for Bitcoin to continue to rise dramatically in the coming years.

Bitcoin Investment Trust(OTCMKTS:GBTC) is a open-ended trust that is invested exclusively in bitcoin and derives its value solely from the price of bitcoin. It enables investors to gain exposure to the price movement of bitcoin without the challenge of buying, storing, and safekeeping bitcoins. The BIT’s sponsor is Grayscale Investments, a wholly-owned subsidiary of Digital Currency Group.

Each BIT share represented ownership of 0.1 bitcoins initially. The trust will not generate any income and regularly sells/distributes bitcoins to pay for its ongoing expenses. Therefore, the amount of bitcoin represented by each share gradually declines over time.

The Trust is a Delaware statutory trust that was formed on September 13, 2013. The Trust is a passive entity that does not have any officers, directors, or employees, and is managed and administered by the Sponsor. The Trust holds bitcoins and, from time to time, issues Creation Baskets in exchange for deposits of.

Some of the major factors that have been supporting bitcoin’s major rally this year include Japan legalizing the cryptocurrency for payments as well as the recent resolution to the “scaling debate”. Start-ups raising funds through a so-called initial coin offering or ICO, helped too.

Over the long term sentiments on Bitcoin are highlhy busllish with many calling for $25000 to $100,000 within several years.

“There is a lot of fresh liquidity flowing into bitcoin, thanks to a surge in interest among investors in Asia, notably Japan and Korea, coupled with a resolution to the scaling debate. I would not be surprised to see the bitcoin price doubling again to around $6000 by the end of the year,” Aurelien Menant, CEO of Gatecoin, a regulated cryptocurrency exchange, recently said in an interview.

Currently trading at a $744,106,500 market valuation GBTC is taking the OTCBB by storm making spectacular moves up from under $25 a share last year to recent highs of $565 a share as bitcoin continues its historic rise. GBTC has quickly attracted a huge following and has transformed into the top most traded stock on the entire OTC. GBTC is OTCQX and ranked among the top 50 U.S. and international companies traded on the exchange.